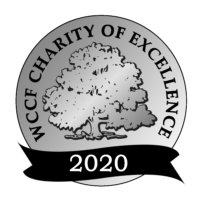 The Charity of Excellence award was created in celebration of the 25th anniversary of the Washington County Community Foundation.

The Foundation selected 25 non-profit organizations as Charity of Excellence honorees, with each recipient receiving an unrestricted grant of at least $5,000. Blueprints was awarded the top prize of a $25,000 unrestricted grant and the Washington Area Humane Society received the People's Choice Award for an additional $5,000. In total, $150,000 was distributed through this special grant cycle.

Eligible non-profits were required to:

The Foundation evaluated applicants on four criteria: quality and variety of programming; community impact as gauged by the number of people served relative to the operating budget; volunteer engagement; and the organization’s financial improvement over the last five years.

The grants were made possible by the Alvin and Carol Berthold Fund. Lifelong residents of McDonald, the Bertholds were longtime supporters of the WCCF. Their fund, valued at more than $5 million, is the largest discretionary grant-making fund of the WCCF.