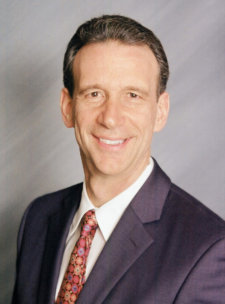 In 1936, Charleroi, Pennsylvania might easily have been mistaken for Bedford Falls, New York - the setting of the classic film It's a Wonderful Life. That’s when cfsbank opened its doors as a federal savings and loan dedicated to helping people in Charleroi hold onto their homes during the Great Depression.

With a single teller window, it was easy for customers to recognize whomever was working behind the counter. And while it has since grown into a thriving regional bank with nine locations, people still recognize their favorite tellers at the bank- and at soccer games, PTA meetings, church functions, family reunions, and everywhere else in the community. It isn’t unusual for a cfsbank teller to find themselves answering banking questions in line at the grocery store. That personal connection between the bank and the community isn’t just the stuff of Hollywood fantasy; it is the way cfsbank has approached business from the very beginning.

Just like the fictional Bailey Brothers' Building and Loan from the film, cfsbank is woven into the fabric of community life. “I truly believe that we are reflections of the people with whom we partner and the organizations that we fund,” says Neil Bassi, cfsbank President and CEO. Employees are encouraged to serve on the boards of local nonprofits and to volunteer with charitable organizations. They also educate people on financial responsibility, by teaching classes on the basics of personal finances, such as checking accounts, interest rates, and loans; by helping senior citizens identify signs of elder abuse and theft; and by counseling customers who find themselves in hard times.

Jeffrey Vitale, CEO of the Mon Valley YMCA, agrees that that relationship between cfsbank and organizations is a true partnership. “cfsbank is invested in our community more so like a partner, rather than just a business,” said Mr. Vitale. “Without community partners like cfsbank, the Mon Valley YMCA would not be able to have the impact we do in our area.”

All of this great work has not gone unnoticed by the community. The bank regularly receives letters, cards, emails, and phone calls thanking them for their generosity. For cfsbank, this kind of philanthropic leadership stems directly from the long-held corporate values that are the moral compass of the institution. They have been building a legacy of supporting and strengthening the community for 80 years. That’s why Mr. Bassi was surprised to learn that cfsbank had been singled out to receive the Charles C. Keller Excellence Award for Corporate Philanthropy. To him, the bank is simply continuing to build upon that legacy the same way they always have, with an unwavering commitment to help everyone in their community have a truly wonderful life.