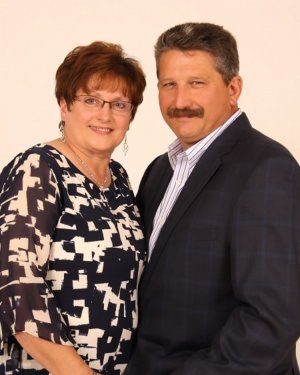 On a sunny afternoon when she could have been outside playing, eight-year old Maddie Cox was hard at work. She had set up a table in her grandparents’ store to sell her artwork.  But she wasn’t doing it for the money; she wanted to donate the proceeds to the Wounded Warrior project. A few weeks prior, her big brother Isaac set up shop on the same table; he sold cups of Country Time Lemonade to raise money for the Washington City Mission. They might be young, but Maddie and Isaac already display the big hearts they inherited from their grandparents, Peggy and Steve Cox, owners of Cox Market. “You have to teach children to be benevolent,” says Peggy. That’s a lesson she and her husband Steve are more than qualified to teach.

Peggy and Steve are the third generation of Coxes to run the family business. Steve’s grandparents, Rose and Walter Cox, started the business in 1949 as a food and dairy bar; his parents, Tom and Esther, were at the helm for decades before passing the torch to their son and his wife.

Peggy grew up going to Cox Market, stopping by with her mother each Sunday after church to pick up groceries for the week. When she was 19, she agreed to go on a date with Steve after he asked twice (“Three times,” he says). Eleven months later, they were married. They’ve raised their three kids there; their five grandchildren are now store fixtures, building paper towel forts in the aisles and hiding behind cereal box displays. “There have been sixty-five years of kids here,” explains Steve, “There’s no line between where the family ends and the market begins.” 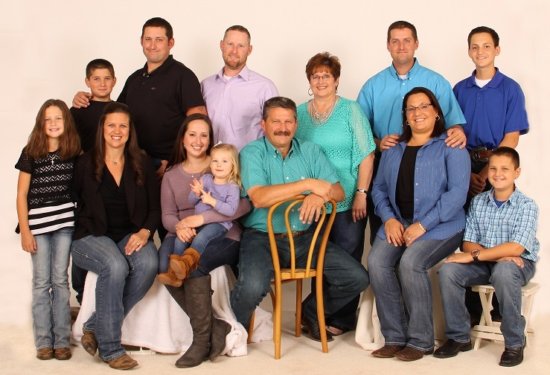 Generosity is a way of life with Peggy and Steve, so it is a way of life at Cox Market. This summer, they sold “Best Wishes” bags filled with pantry staples to benefit the Greater Washington County Food Bank. Last spring, they donated bread to a spaghetti dinner fundraiser for Monongahela Area Library.  In February, the market was a collection site for the Washington County Farm Bureau’s food drive. And while they are always happy to help out an organization, much of their charitable work is to individuals in need. No hungry person is ever turned away from Cox Market.

Peggy and Steve agree that their faith is the driving force behind their generosity. They are guided by the biblical principle to whom much is given, much is expected.  Peggy is a former youth group leader who still volunteers each summer with vacation bible school. Both Coxes are active in the Ruthfred Lutheran Church. Whether they are lending their horse trailer to transport decorations for vacation bible school or donating money to help the City Mission after a fire, many local faith-based organizations have benefited from Peggy and Steve’s benevolence over the years.

While Peggy and Steve are both honored that Cox Market is known for its philanthropy, they are quick to deflect credit. The Coxes take excellent care of their family, and to them, the community IS their family. 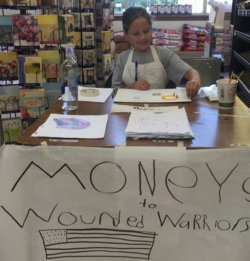 The proceeds from Maddie Cox's artwork sale were donated to the Wounded Warrior Project. 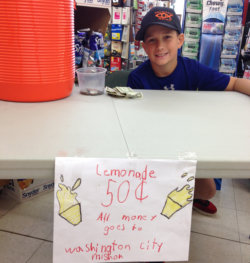 Isaac Cox set up a lemonade stand to raise funds for the Washington City Mission.