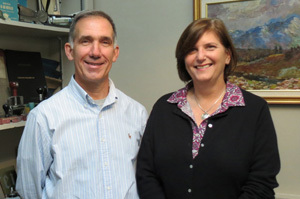 It is amazing to consider that there are generations of Washington County residents who have started each day in exactly the same way – reading the latest news from the Observer Publishing Company.

As a family-owned paper, the Observer-Reporter is more concerned with telling the stories its readers need to know than its bottom line, capturing our community’s history as it unfolds, sharing our joys and sorrows.

Through the company-wide United Way pledge campaign, all Observer Publishing employees have an opportunity to give. Participation is not a requirement, but it is incentivized with paid time off.

Additionally, on company time and with company support, employees have been trained to be more effective leaders through Leadership Washington County. Program graduates are able to offer valuable assistance to the local non-profit community by serving as dynamic board members and volunteers.

For more than 30 years, staff members have helped to provide needy families with Thanksgiving meals through the 2000 Turkeys campaign, which was founded by an OPC employee and continues to be strong thanks to a partnership with WJPA Radio. A news reporter and an accounting professional work closely with the campaign chair to publicize the event and do the bookkeeping. This year’s goal is to feed more than 5,400 families.

Observer Publishing has helped to bring the real world into the classroom through the Newspapers in Education program, a community service that offers local educators and students digital access to the electronic edition and a corresponding curriculum.

The paper is also unique in that it does something other media, like radio and television, simply cannot – give liberally of its space. The Observer-Reporter covers the non-profit community in many ways: running news articles on programs, fundraising efforts, and awards, as well as donating advertisements.

In fact, compassionate, enthusiastic editors and reporters were the driving force behind the awarding-winning “No Place to Call Home” series, which focused on homelessness in Washington and Greene Counties. Their outstanding work touched many readers, helping to raise awareness about homelessness in our community and raise funds for local organizations that serve this segment of the population.

“The paper has a history of having a strong editorial voice. We saw the series as an opportunity to regain that voice and to go beyond that . . . to create some change in the community,” said Lucy Northrop Corwin, Director of News.

The considerable success of “No Place to Call Home” led to the “No Longer Me” series, which shines a light on the challenges of Alzheimer’s disease and dementia as well as their impact on families. Contributions are being collected through funds at both community foundations and will be divided between the Alzheimer’s Association Greater Pittsburgh Chapter and the Southwestern Pennsylvania Area Agency on Aging to support local Alzheimer’s patients and caregivers after the conclusion of the series.

Day in and day out, the employees of the Observer Publishing Company work hard to accurately and fairly record this history of our region – delivering the news and reminding us how we are all connected to this community we call “home.”