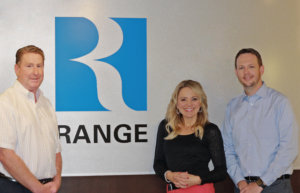 For some, being a “good neighbor” may mean providing a cup of sugar upon request. For the employees of Range Resources, the phrase has an entirely different meaning.

Range Resources is a leading U.S. independent natural gas and natural gas liquids producer. In 2004 the company pioneered the Marcellus shale with the successful drilling of Washington County’s first commercial well. But, the wells are not the only things that run deep.

According to Michael Mackin, Director of External Affairs, the company’s overwhelming enthusiasm for supporting community programs and activities developed organically – Range Resources employees just wanted to do good things. He remarked, “We live here. We work here. And this is our community too, so we want to make a positive impact.”

Areas such as education, public safety, veterans’ services, youth, human needs, and conservation are particular priorities. And despite industry fluctuations, the company’s commitment to giving has remained steadfast.

In 2017, the company partnered with WCCF to establish the Range Resources Good Neighbors Fund with a $75,000 gift to support fire departments and emergency management services organizations in Range’s core operating area.

However, for Range, community involvement goes far beyond financial support.

“From the top down, Range Resources supports a culture of service,” remarked Laural Ziemba, Director of Public Affairs. In fact, no matter what time of year it may be, there is at least one service project underway.

The core of the Range’s charitable activities is centered on its annual golf outing. With the help of the company’s partners in the energy industry, the event has raised hundreds of thousands of dollars for local charities and serves as the largest United Way fundraiser in the county. Other human needs-based organizations like Domestic Violence Services of Southwestern PA, CASA for Kids, and the Greater Washington County Food Bank are also beneficiaries of the proceeds.

According to Food Bank Executive Director Connie Burd, a few years ago support from the golf outing came at a critical time. She remarks, “In autumn 2014, I had only been on the job a few months. The warehouse was empty and funds were scant. Whilst the economy slumped, clients lined up for food. Range Resource’s timely contribution changed the course of our history . . . It made the difference between us closing the doors and continuing on with what we do.”

Feedback like that resonates deeply within the Range team – as do opportunities to see how their fundraising impacts others.

Experiences like meeting parents who are hoping for a cure to cystic fibrosis or cheering for a child with special needs who is taking her first ride on an adaptive bike do much more than tug heartstrings, they fuel a desire to do more – not only as a corporate entity but also as individuals.

So, you will see members of the Range Resources team bidding at the junior livestock auction, braving the cold to fundraise for the 2000 Turkeys Drive, baking pies for the Hickory Apple Festival, serving hot meals to the homeless, and collecting donations for Toys for Tots.

Because our community is their community, and a good neighbor is always willing to lend a hand and give from the heart.