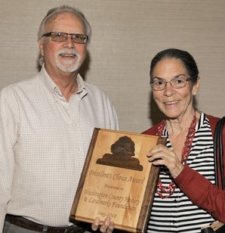 Without the help of the Washington County History & Landmarks Foundation, some of our community’s most significant places may have been lost to time.

The knowledge shared by the charity has proven to be useful to many.  In fact, prior to the WCCF taking ownership of the Samuel T. Brownlee House, Landmarks Foundation Coordinator Sandra Mansmann discreetly helped to research the historical significance of the building, deeming it “a jewel in the preservation crown of Washington County.”

The goal of the award is to assist a small but improving charity the way the Foundation was helped by its earliest supporters.  Eligible charities are required to have an operating budget of less than $250,000, have been in existence for at least three years, and provide a program in one of the six areas supported by the Acorn Fund – arts and humanities, community improvement, education, environment and animal welfare, health and fitness, human needs, or religion and faith-based.