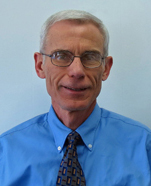 An old radio sits on the chalkboard tray in Thomas Trettel’s classroom. Not because it is relevant to his lessons in American Literature, but because it is a catalyst for conversation with his students.

This 38-year veteran educator, who has taught students of all abilities from grades 7 to 12, knows how important it is to connect with the kids, especially those who may not see the value of education.

The Charleroi native graduated from California State Teachers College (now California University of Pennsylvania) in 1977. At the time, he was hoping to be a journalist, but since the college offered no journalism program, he opted for an English degree and “drifted” into education.

His first day of student teaching cemented his fate. Tom was in a class by himself in Monessen High School, standing before a group of kids who weren’t much younger than he was. Terrified of how he was going to fill the period, he simply started talking. By the end of the day, he came home and told his parents: “This is what I want to do.”

Tom taught in both Avella School District and Parkersburg, West Virginia, before being hired by Trinity School District in 1983. He spent 15 years at Trinity Middle School and then moved to Trinity High School, working mostly with alternative education program participants (at-risk youth, special education students, and those in the judicial system).

Helping his classes to relate course material to real-world applications, such as employment, has been key. Sometimes he would have students complete job applications so that they could be reviewed and corrected by a business professional. He also used to help place students in jobs if they met certain criteria in their academic courses.

On a personal level, Tom likes to keep things “old school” – No Facebook. No Twitter. No cell phone. Although he does use some technology in the classroom, he attests, “With literature, it’s still about the book.”

Many candid and insightful moments in his classes were the result of honest conversations about literature. For instance, Tom Sawyer’s Huck Finn was given as a recent assignment. Those familiar with the text will be aware it includes language considered controversial by today’s standards, so Tom always prefaces works such as these with discussion. He continues to be surprised by how much these young people appreciate being treated like adults, and how positively they respond when they are.

One parent wrote, “My son was not academically motivated; however, Mr. Trettel saw his potential. Due to Mr. Trettel’s interest in my son’s success, my son wanted to reach Mr. Trettel’s expectations of him. Upon graduation, my son stated that Mr. Trettel was one of two teachers in his mind that was truly in the teaching profession for the right reasons.”

Retiring at the end of this school year, Tom is happy to leave Trinity on a high note, but having left such an impression on so many individuals, he will surely be missed by his co-workers and students alike.
“That means more to me than anything – that the people in this building, parents, and students all helped to nominate me for this award,” he remarked.

“Teachings is the best job anybody can have, at least for me it is . . . the kids have kept me young.”