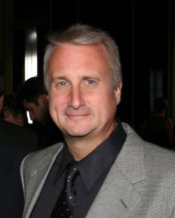 For Bruce Bartolotta, wine‐making was more than just grapes and a wine press; it was about family and friends, heritage and teamwork.  That’s not to say that he didn’t bother himself with the details of wine‐making.  On the contrary, Bruce would work for days and sometimes weeks before the scheduled wine‐making day at the Bartolotta home to garner all the necessary materials, including organizing with other local wine‐makers so that the best grapes could be purchased in bulk, said his good friend, Washington County Court of Common Pleas Judge, Mark Mascara.

“Bruce and his son, Damon, would do 90% of the work and then would invite friends over who would go home with purple fingers, bragging that they had been making wine all day,” said Mark. “But that was Bruce’s way – he cared about people and went out of his way to make others feel special.”  “Incidentally,” the Judge added, “the wine was tremendous.”

Although they had know each other for many years, the close friendship shared by Bruce and Mark began when Bruce left a larger law firm in Pittsburgh to seek a position in the local firm of Retos Law Offices.  “He wanted more of a home‐town atmosphere,” remembers Mark, “and George Retos quickly recognized that Bruce’s talents could serve the firm and the community well.”  At the firm, Bruce specialized in complex business litigation and worked extensively with the Washington County Industrial Development Authority.

“One of the happiest days of my life is when Bruce graduated from the University of Pittsburgh’s School of Law,” reminisces Aldo Bartolotta, Bruce’s father.  “He did that entirely on his own and I was so proud of him.”

Although he was doing very well in his law career, Bruce’s strong family bond brought him back to the family business to work alongside his father.  As President of Mon Valley Foods, Bruce routinely supported a multitude of community events with free food and drink from the family stores and it was not uncommon for him to personally deliver food items to the homes of families he knew were hurting in some way or experiencing some financial difficulty.  Bruce also became active in local charities including the Mon Valley United Way, the Mon Valley Progress Council and the Washington County Community Foundation.

Even after returning to the family business his love of the law remained with him and so he used his expertise to help draft business plans and other legal documents for both for‐profit and not‐for‐profit ventures, with approximately 2/3 of his practice pro bono.

“Bruce’s wisdom drew people to him and he would do his best to help, but never in a condescending manner,” said Judge Mascara.  “His sense of humility was amazing.” 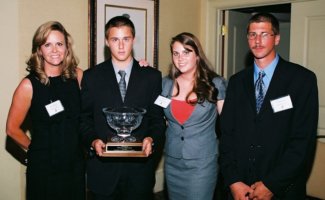 The breadth of his humanity became known to Bruce’s family only after his passing last November.  “I never knew how many friends he had made,” said Aldo.  “People I never knew and organizations I didn’t know he was involved with, came up to me to share a story of how Bruce had helped them in some way.”

“It appears that if Bruce made a friend in the sandbox at the age of two, they remained friends forever,” remarked his wife, Camera.

“He was my dearest friend,” added Judge Mascara.