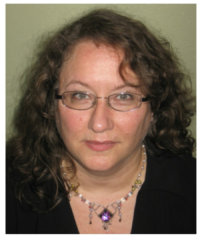 When Kathy Sabol hears about an upcoming event that interests her, she doesn’t think, “I’d like to go to that!”  Instead she thinks, “Do they need any help?”

Help – that’s what Kathy gives to so many area organizations.  If we tried to list them all there would be no room for her story.  To list the awards, including the prestigious Athena Award and Pittsburgh’s “Forty Under Forty,” we’d need a separate newsletter.

She’s a local girl – Trinity High School class of 1983.  Her undergraduate time at the College of Wooster influenced her, especially the school’s emphasis on community service.  She stayed after graduation to work for the college, overseeing student projects.  But her most influential educational experience was her Masters from Harvard University in non-profit administration, where she studied social policy, funding and philanthropy.

Ready to take on the world, it seemed like she was forced to take a step back.  Due to a family health issue, she moved back to Washington to help out.  Her first jobs were for minimum wage, working for the Literacy Council and later for Community Action Southwest organizing support for homeless families.  Those jobs set the tone for her future volunteer efforts.

For the past 21 years, she has been the Executive Director of the Washington County Bar Association and the Bar Foundation.  She receives unconditional support from the lawyers to contribute time to the community.

She brightens when she talks about organizing the annual Sister-to Sister Summit, where 6th grade girls spend the night in Citizen’s Library being mentored by high school students and learning life coping skills.  “This is very close to me personally, who I was at age 12.” she admits.  “I want to help the girls learn to navigate, to stand up for themselves, learn some self-esteem.  Helping one girl is worth it.  I can stay up all night to help 30 girls.”

As a member of the Washington Rotary, she organizes the annual Trivia Contest, a huge effort involving as many as 450 participants and scores of volunteers.  “It’s so powerful – getting so many people together playing for charities.”

Her goal is to do one volunteer activity per month:  February was Empty Bowl, March was Trivia, April was Sister-to-Sister, and then she realizes, “Hey, May is open!”

Kathy’s contributions to so many aspects of community life in Washington County made her a natural recipient of the WCCF Louis E. Waller Humanitarian Award, given to someone who is devoted to the promotion of human welfare and the advancement of social reform as evidenced by humanitarian deeds in the community.

While she wouldn’t tell anyone to perform all the community service she does, she thinks people can give back in many ways.  “See what interests you!  If you like to read, join the Literacy Council.  If you like to go to the movies, take some disadvantaged kids!  Do something you love!”

Her philosophy in life?  “Things need to get done!” or maybe, “I don’t know what you do, but sign me up.”