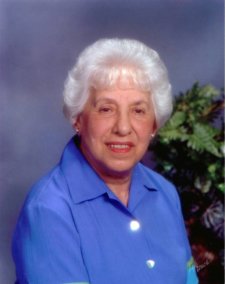 Faith, Family & Friends—the three passions of Genevieve Russell, were prominent at the Philanthropist of the Year banquet as she was joined by her children, grandchildren, and one great‐grandchild, as well as tables of admirers from the First Presbyterian Church 1793, and a roomful of devoted friends she has made during her lifetime of service to our community.  All wanted to be a part of the celebration to recognize Gen as the 2007 Philanthropist of the Year.  Few went home with dry eyes as the night turned out to be particularly emotional for all.

George Rau, representing her Faith, thanked Gen for her acceptance of others and dedication to the church but was sure to elicit from Gen in front of the entire audience that he and not she was “in charge of the kitchen.”

Scott Russell spoke lovingly of his mother, but left his mischievous side shine through as he entertained the audience with a colorful telling of his mother’s driving skills.  “Faith, Family & Friends were all with us the day that Mom drove me to a doctor’s appointment in Pittsburgh,” he recalled.  “Only an act of God could have gotten us there in one piece.  And I could see the many cars of our friends waving wildly to us as Mom changed lanes.”

It readily became apparent that Scott’s playfulness was an inherited trait, as he also recalled a few jokes that his father, W. Scott Russell had played on Mom, including the time that husband Scott questioned Gen on where the family car was.  Father and son had pre‐arranged that seven year old Scott, who could barely see through the steering wheel, would drive the family car down a hill on the family farm, just as Gen exited their home, arms waving in the air, convinced that the car had been stolen.

Many spoke of the tremendous losses in Gen’s life and her strength to cope with such tragedies.  Helping Gen through the loss of her second husband Scott and son Ronald, was Friend Rowena “Skip” Bedillion.

The Bedillion and Russell families had shared many wonderful times during their many years living on neighboring farms in Hickory, so it was natural that Gen and Skip would continue their friendship after the deaths of their husbands.  In addition to family time and attending community events together, Gen and Skip enjoy traveling together.

On one trip, Skip remembered, the two visited Germany and stopped at a bank so that Gen could convert some American dollars into German marks—an easy task for a banker’s wife one would think.  Somehow, despite the detailed instructions Skip gave to make the exchange, Gen’s entry into the ATM was missing a decimal point so the $20.00 she wished to convert, turned into $2,000. “German marks were flying out of that machine,” Skip recalled.  “We were picking it off the ground and frantically stuffing it into Gen’s purse.  On the way back to the travel bus, Gen held that purse tight against her body and I was the body guard,” Skip said.  “Lucy and Ethel had nothing on us.”

Other friends who came to celebrate with Gen were fellow members of the Women of  Philanthropy Committee.  Gen has been extremely active on the Committee and has requested that the Russell Family Fund which has been created as part of this award, will support future activities of the Mother’s Fund.

In addition to her church and the WCCF, Gen has volunteered for and financially contributed to the annual Hickory Apple Festival, Hickory Women’s Club, American Cancer Society, American Heart Association, Presbyterian Senior Care, United Way of Washington County, and the Washington Hospital Foundation