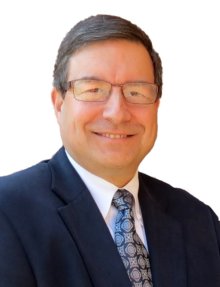 Not many non-profits seek out volunteers with deep knowledge of 19th Century antiques.  But the WCCF has unique needs and Trustee Tripp Kline is just the man to meet them.

Tripp has been awarded the WCCF Richard White Excellence Award for Board Service. To explain why he fits the criteria of an individual who serves as an exemplary member of the Board, wholeheartedly sharing his or her time, talent, and treasures to support the Foundation and its mission, you have to understand his vision and passion for the Brownlee House.

The house, built in 1848, was given to the Community Foundation four years ago by Bill and Sandy Stout.  It has been lovingly rehabilitated using directed donations. The second floor houses the foundation offices; the first will host donor and community events.  Once the general construction rehabilitation was finished, it was time for the interior to come alive.

WCCF trustee and owner of Three Rivers Antique Company Tripp Kline took on the task, but he did not want to merely decorate a house.  “My experience in antiques allowed me to take a leadership role in telling the story of the Brownlee house, decorating the interior as it might have been in the mid-19th Century in western Pennsylvania.  We want to tell the story of the Brownlee family through the decades they lived here,” he said.

Each room on the first floor is decorated in its own style, reflecting the passage of time.  Tripp’s vision and dedication involved hundreds of hours, finding the right pieces and fabrics.

The dining room, with its c. 1800 dining table and over-mantel mirror represents the federal or neoclassical period, 1790-1810.

The front parlor was historically a man’s domain, and is decorated in a more masculine style of later empire, 1820-1850.  But telling the story chronologically wasn’t enough for Tripp. He also wanted the house to reflect the changes of season, so the heavy window treatments illustrate how draperies were used to control heat.

The music room, decorated in Rococo Revival of 1860-1870, was created following the donation of a mid-century grand piano. “The music parlor utilizes a more feminine esthetic to reflect spring and summer- everything is light and airy and more light is allowed to come in.”

The furniture came from many sources.  Some was donated, some purchased with directed donations, but other pieces are on loan from the Washington County Historical Society.  “They had duplicates or things that had been in storage for years,” Tripp said.  “They also loaned us two portraits of the Morgan family, since we don’t have any of the original Brownlees.”

The biggest challenge was the kitchen.  “Originally, the kitchen was probably outside,” he said. “But we wanted to show domestic skills, which are so interesting.” Because the house will be used for events, the kitchen had to be functional in a 21st century context.  “We had to hide a modern sink, microwave, refrigerator and coffee maker in cabinets and behind walls that look authentic to the period.”

Kline, who became a WCCF trustee because he liked the wide range of causes the Foundation supports, is also a Trustee for the David Bradford House, heads up the Whiskey Rebellion Festival and is a player in the W&J incubator project.

“Like every house, this one will never be finished,” he said.  “For years to come, I’ll be at an antique store and I’ll say, ‘We need that for the Brownlee House!’  But in the next few weeks it will be about 90% finished.”

“I get great satisfaction using my skills.  It was a case of being the right person in the right place at the right time.”