$5,500 in Grants Awarded to Clicks for Cash Contest Winners 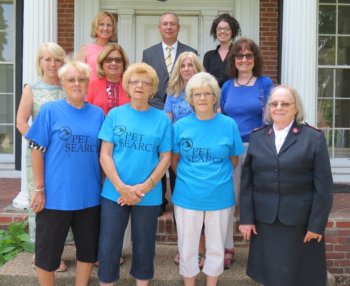 Charities eligible to compete in Clicks for Cash were those that registered by June 1 for the Foundation’s annual WCCF Gives day, to be held this year on Sept. 12.  During the seven-day contest, from June 12-18, members of the community were encouraged to visit wccfgives.org and click on the charity profile pages of their favorite WCCF Gives charities.  The WCCF tracked the unique pageviews of each charity’s profile page to determine a winner. Each unique pageview was counted as a vote for that charity.  This year a total of 19,265 votes were cast, an increase of 40 percent over last year's total of 13,752 votes.

Receiving a total of 5,100 votes during the contest period, Pet Search secured the grand prize: a $3,000 unrestricted grant from the Acorn Fund. This is the second consecutive year that Pet Search has clinched the top spot in the contest.  South Hills Pet Rescue and Rehabilitation Resort placed second in the contest with 4,920 votes and received a $500 bonus grant for their efforts.

Participating charities who did not win the top prize were entered into a computerized lottery for an opportunity to receive one of four $500 Acorn Fund grants. The charities received one chance in the lottery for each vote they received in the contest.  South Hills Pet Rescue and Rehabilitation Resort, The Salvation Army “Washington Corps,” Center in the Woods, and Watchful Shepherd USA were randomly selected as this year’s lottery winners.

The Clicks for Cash contest has grown in popularity since its inception in 2013. It was developed to help WCCF Gives charities practice their promotions in preparation for the day of giving event and has brought thousands of individuals to wccfgives.org. Nearly 12,000 users (by unique IP address) visited the site during this year's week-long contest.

"Clicks for Cash helps our charities become more proficient both in using the wccfgives.org website and in using social media," stated Betsie Trew, WCCF President & CEO. “We hope that all of our WCCF Gives charities will use their experiences from the Clicks for Cash contest to develop a customized marketing strategy that will help them to reach, or exceed, their fundraising goals on September 12.”