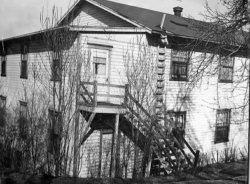 The Association was formed in 1902 to provide educational opportunities to its members and also to perform charitable work in the community.  After more than a century of faithful service the Association dissolved in July 2016.  Despite thousands of alumni who had received their nursing degrees at the Washington Hospital School of Nursing, the Association had decreased to the point where it was not feasible to continue.

“It didn’t make sense for us to continue,” said Association President Marsha Knapik.  “After careful consideration and review of our alternatives, the membership voted to dissolve and to use our remaining assets to create a permanent scholarship fund to assist and encourage others to pursue a career in nursing.”

Encouraging others to join the ranks of the nursing profession had been a major initiative of the Association since 1964 when Mabel McCowey, the School’s Health, Recreation and Social Coordinator, donated $2,550 to initiate an educational loan program for nursing students at the School. Over time, the loan program was converted to a scholarship program and with additional contributions from others, the scholarship fund grew to $30,000.  However, with a declining membership base, no scholarships had been awarded from the fund in over a decade.

“At one time, awarding scholarships was one of our most significant activities.  Even though our Association is now dissolved, its name will continue through this permanent fund at the Community Foundation, and most importantly, nursing scholarships will be awarded once again in the name of the Association,” remarked Ms. Knapik. 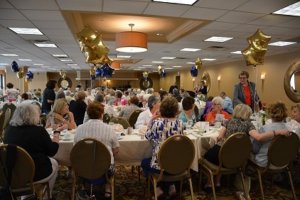 The Association held its final banquet in June 2016 with 111 alumni attending.  Members reminisced about their time at the School and shared stories of how nursing has positively impacted their lives.  Mary Lawton, a graduate of the Class of 1942, was the eldest alumni to attend the final banquet.

“Nursing was very different back then,” remembered Ms. Lawton.  “There were no computers and no aides.  We washed the beds, changed the sheets, sharpened the needles, measured the medications and used a bunsen burner to dissolve morphine pills to put into syringes.  It was a challenging career, but it was also a very rewarding career.  I felt good about helping people and I witnessed the tremendous impact of the ‘miracle drug’ penicillin, which saved many lives.” 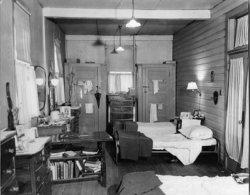 Ms. Lawton also has fond memories of staying in the nurses’ dormitory while attending the School of Nursing.  “It was a long wooden house with one head nurse on each floor.  We had no privacy there and only one small cupboard for personal items, but we had some fun.  Every night we were given a box of Ritz crackers and chocolate milk. So, we cut the pictures of the crackers from the box, pasted them on our dorm room walls, and called ourselves the ‘Sisters of the Ritz’,” she said with a laugh.

Ms. Lawton is very supportive of the nursing scholarship at the Community Foundation.  “I am very happy that scholarships will begin again because they will encourage others to choose nursing as a career.  Nursing was a wonderful career for me.”

Lynn Vescio, Director of Education at the School of Nursing, also is pleased that the scholarships will resume.  “We appreciate the Washington County Community Foundation’s commitment to support nursing education which benefits not only our students but ultimately the patients who are served by Washington Health System.”

Applications for the annual scholarship will be accepted electronically via www.wccf.net from January through April 1 of each year.  Scholarship recipients will be announced in June of each year.