“It is the community that gave us a chance,” states Pat McCune, President and CEO of Community Bank. “So it is the community we will serve.” Community Bank appreciates the trust that customers place in the bank; that’s why it takes its commitment to give back so seriously. And it is why the bank is careful to take its philanthropic cues from the community. “You don’t understand people until you understand their passion,” observes Mr. McCune. So whether it is diabetes, domestic violence, or Dobermans, Community Bank cares about what their customers care about. 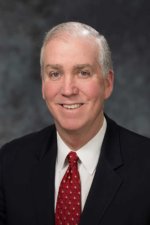 When a Community Bank customer takes out a new loan, they are not the only one getting a financial boost; a donation will be made in their honor to their favorite charity or church through the Community Bank Cares program. To date, more than one thousand donations totaling over $113,000 have been made in the two and a half years the program has been running. Over 1,000 different charities have been on the receiving end of this generosity, organizations like the Humane Society of Washington County, Avis Arbor Women’s Shelter, the West Alexander Fire Department, and the Salvation Army.

While the bank makes significant charitable donations on the corporate level, it is equally proud of the grassroots charitable efforts undertaken by its employees. Not a week goes by that employees aren’t participating in some form of charitable activity, such as organizing a company Relay for Life team for the American Cancer Society, hosting Casual Friday fundraisers to benefit the Cystic Fibrosis Foundation, serving on a local non-profit board, or simply helping out a colleague in crisis. There is a culture of service that permeates Community Bank.

Tackling economic development is a key component of that service. “We believe in helping the less fortunate,” said Mr. McCune. “But wouldn’t it be better if we could help there be less unfortunate people in our community?” In 2008, Community Bank was an early leader in the local energy boom. The bank wanted to make sure local businesses and entrepreneurs were able to benefit from this emerging industry, so it organized the Tri-County Oil and Gas Expo. The Expo brought together energy sector experts, local business owners, and government officials to educate and empower the southwestern Pennsylvania community on how to take full advantage of this new economic opportunity. The Expo was such a huge success that Community Bank followed up with tradeshows, networking opportunities, job fairs, and educational events.

From customer-directed charitable donations to employee-driven fundraisers to corporate-led economic development, it is clear that Community Bank believes in taking a 360-degree approach to philanthropy. Being recognized for that philanthropy is deeply meaningful to the organization. “It is one of the greatest honors we can receive,” Mr. McCune said of the Charles C. Keller Excellence Award for Corporate Philanthropy. “It confirms our progress in giving back to the community that we serve.” 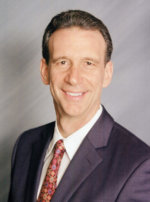 In 1936, Charleroi, Pennsylvania might easily have been mistaken for Bedford Falls, New York - the setting of the classic film It's a Wonderful Life. That’s when cfsbank opened its doors as a federal savings and loan dedicated to helping people in Charleroi hold onto their homes during the Great Depression

With a single teller window, it was easy for customers to recognize whomever was working behind the counter. And while it has since grown into a thriving regional bank with nine locations, people still recognize their favorite tellers at the bank - and at soccer games, PTA meetings, church functions, family reunions, and everywhere else in the community. It isn’t unusual for a cfsbank teller to find themselves answering banking questions in line at the grocery store. That personal connection between the bank and the community isn’t just the stuff of Hollywood fantasy; it is the way cfsbank has approached business from the very beginning.

Just like the fictional Bailey Brothers' Building and Loan from the film, cfsbank is woven into the fabric of community life. “I truly believe that we are reflections of the people with whom we partner and the organizations that we fund,” says Neil Bassi, cfsbank President and CEO. Employees are encouraged to serve on the boards of local nonprofits and to volunteer with charitable organizations. They also educate people on financial responsibility, by teaching classes on the basics of personal finances, such as checking accounts, interest rates, and loans; by helping senior citizens identify signs of elder abuse and theft; and by counseling customers who find themselves in hard times.

Jeffrey Vitale, CEO of the Mon Valley YMCA, agrees that that relationship between cfsbank and organizations is a true partnership. “cfsbank is invested in our community more so like a partner, rather than just a business,” said Mr. Vitale. “Without community partners like cfsbank, the Mon Valley YMCA would not be able to have the impact we do in our area.”

All of this great work has not gone unnoticed by the community. The bank regularly receives letters, cards, emails, and phone calls thanking them for their generosity. For cfsbank, this kind of philanthropic leadership stems directly from the long-held corporate values that are the moral compass of the institution. They have been building a legacy of supporting and strengthening the community for 80 years. That’s why Mr. Bassi was surprised to learn that cfsbank had been singled out to receive the Charles C. Keller Excellence Award for Corporate Philanthropy.  To him, the bank is simply continuing to build upon that legacy the same way they always have, with an unwavering commitment to help everyone in their community have a truly wonderful life. 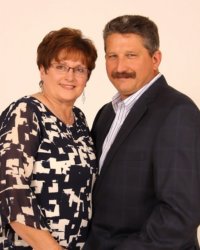 On a sunny afternoon when she could have been outside playing, eight-year old Maddie Cox was hard at work. She had set up a table in her grandparents’ store to sell her artwork.  But she wasn’t doing it for the money; she wanted to donate the proceeds to the Wounded Warrior project. A few weeks prior, her big brother Isaac set up shop on the same table; he sold cups of Country Time Lemonade to raise money for the Washington City Mission. They might be young, but Maddie and Isaac already display the big hearts they inherited from their grandparents, Peggy and Steve Cox, owners of Cox Market. “You have to teach children to be benevolent,” says Peggy. That’s a lesson she and her husband Steve are more than qualified to teach.

Peggy and Steve are the third generation of Coxes to run the family business. Steve’s grandparents, Rose and Walter Cox, started the business in 1949 as a food and dairy bar; his parents, Tom and Esther, were at the helm for decades before passing the torch to their son and his wife.

Peggy grew up going to Cox Market, stopping by with her mother each Sunday after church to pick up groceries for the week. When she was 19, she agreed to go on a date with Steve after he asked twice (“Three times,” he says). Eleven months later, they were married. They’ve raised their three kids there; their five grandchildren are now store fixtures, building paper towel forts in the aisles and hiding behind cereal box displays. “There have been sixty-five years of kids here,” explains Steve, “There’s no line between where the family ends and the market begins.”

Generosity is a way of life with Peggy and Steve, so it is a way of life at Cox Market. This summer, they sold “Best Wishes” bags filled with pantry staples to benefit the Greater Washington County Food Bank. Last spring, they donated bread to a spaghetti dinner fundraiser for Monongahela Area Library.  In February, the market was a collection site for the Washington County Farm Bureau’s food drive. And while they are always happy to help out an organization, much of their charitable work is to individuals in need. No hungry person is ever turned away from Cox Market.

Peggy and Steve agree that their faith is the driving force behind their generosity. They are guided by the biblical principle to whom much is given, much is expected. Peggy is a former youth group leader who still volunteers each summer with vacation bible school. Both Coxes are active in the Ruthfred Lutheran Church. Whether they are lending their horse trailer to transport decorations for vacation bible school or donating money to help the City Mission after a fire, many local faith-based organizations have benefited from Peggy and Steve’s benevolence over the years.

While Peggy and Steve are both honored that Cox Market is known for its philanthropy, they are quick to deflect credit. The Coxes take excellent care of their family, and to them, the community IS their family.