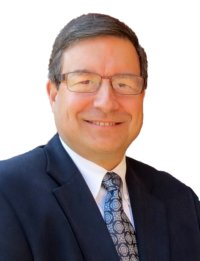 The Washington County Community Foundation (WCCF) is pleased to announce that William M. “Tripp” Kline, III has been named the recipient of this year’s Richard L. White Excellence Award for Board Service.  Created by the WCCF Board of Trustees in 2012, the award recognizes an individual who serves as an exemplary member of the Board, wholeheartedly sharing his or her time, talent, and treasures to support the Foundation and its mission.  Both current and former Trustees are eligible to receive the award, which is named in honor of Founding Trustee and Past Chairman of the Board, Richard L. White.  The inaugural award was presented to White in 2012.

With extensive experience in the field of antiques, Tripp has served as a consultant in federal bankruptcy court and has appeared on the ABC news program, Primetime Live, to offer his insights on fakes, frauds, and reproductions in the antiques industry.  He has also served as an appraiser on the popular public television program, Antiques Roadshow, and was regularly featured on KDKA‐TV’s “What’s It Worth?” television segments.

Tripp often speaks to clubs and professional organizations on antiques, auctions, and appraisal practices. He has lectured at Washington & Jefferson College, the Institute for the Study of Antiques and Collectibles, Robert Morris University, the Pittsburgh Center for the Arts, the Washington County Bar Association, and the Pennsylvania Bar Institute.  As a volunteer auctioneer, Tripp has helped to raise over $1,000,000 for local non‐profit organizations.  Additionally, he serves as a member and Past President of the Washington Rotary Club, a Board Member and Past President of the Bradford House Historical Association, a Board Member of the American Heart Association, as well as a member of both the Washington Bicentennial Executive Committee and the Washington Whiskey Rebellion Festival Committee.  He has also served as a Board Member of the United Way of Washington County and is a player in the W&J incubator project.

Not many non-profits seek out volunteers with deep knowledge of 19th Century antiques, but the WCCF has unique needs and Kline was just the man to meet them.  “My experience in antiques allowed me to take a leadership role in telling the story of the Brownlee house, decorating the interior as it might have been in the mid-19th Century in western Pennsylvania.  We want to tell the story of the Brownlee family through the decades they lived here.”

Each room on the first floor is decorated in its own style, reflecting the passage of time.  Kline’s vision and dedication involved hundreds of hours, finding the right pieces and fabrics.  “Like every house, this one will never be finished.  For years to come, I’ll be at an antique store and I’ll say, ‘We need that for the Brownlee House!’  But in the next few weeks it will be about 90% finished.”

“I get great satisfaction using my skills.  It was a case of being the right person at the right time.”

The Richard L. White Excellence Award for Board Service will be presented to Kline at the WCCF’s annual Legacy Luncheon on Friday, May 11.

For more information about the Community Foundation, please visit www.wccf.net