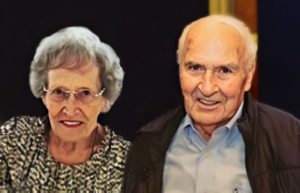 Throughout the Foundation’s 25-year history, there have been many donors and volunteers whose contributions have enabled this noble idea to evolve into what is now Washington County’s largest publicly-supported grant-making foundation. We are immensely grateful for each and every one of these “champions of charity.” And with the passing time, we have made an effort to annually reflect on the contributions of a few of the Foundation’s most steadfast supporters. This often occurs in conjunction with the publication of our annual report, The Community Heirloom.

In 2020, we were greatly saddened to have lost John and Alice Chapman and Frank Tracanna. While very different in their approaches, each of these champions of charity has left indelible marks on our community and on the WCCF.

The Chapmans were very quiet but very generous financial supporters who were passionate about a wide range of charities and community projects. They rarely attended any charity fundraising events, but they were often included on the list of financial contributors to the cause, typically at the top tier of giving. Their financial support of the WCCF began in 1998 and continues to this day through the perpetual Chapman Family Scholarship Fund, which cumulatively, has awarded more than $300,000 to local students pursuing post-secondary education. Over the many years that the WCCF offices were located in a building owned by the Chapman family, I had numerous opportunities to interact with John in the Chapman Corporation parking lot. During our parking lot chats, it was clear that John was closely following the activities of the WCCF and was pleased with our increased efforts to support the community that was so important to him. 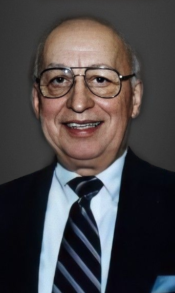 Frank Tracanna was a tireless advocate and ambassador for many local charities, often serving in leadership roles on boards and chairing campaign committees. He eagerly shared with others his passion for his charitable work and could often be seen at charity activities and fundraising events. However, it was evident that his passion for the charitable work of the WCCF stood apart from his other charitable activities. In fact, Frank was a fundraiser for the WCCF to the very end. His family members relayed to me that in his final days, he instructed them to direct memorial contributions to the Foundation’s Friends of Frank Tracanna Fund. This discretionary grant-making fund was given as a gift to Frank by fellow WCCF Trustees to acknowledge his exemplary service as our Chairman of the Board.

As we said goodbye to these champions of charity in 2020, we were reminded of others who have played an important role in nurturing the WCCF over the past 25 years. Words cannot express how grateful we are for the generosity of our many champions of charity. We can never repay them for what they have done for us, but what we can do, is pay their gifts forward both by helping other local charities and by continuing to grow the assets of the WCCF for the good of the community.