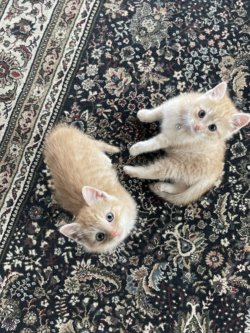 Adopted kittens Hoagie and Pierogi faced an uncertain future before they were found roadside.

Abandoned. Cold. Scared. Two tiny orange tufts of fur were huddled together for warmth on the side of the road. Their odds for survival were grim. But then, a kind-hearted stranger stopped the car, scooped them up, and shared their story on social media. Now, with a new home and a seemingly endless supply of toys, treats, and affection, these kittens are living their best lives. This is the tale of Hoagie and Pierogi, two Washington County strays who hit the jackpot.

Or, if you are a dog lover, you cannot help but to be moved by the plight of Angel, a cherubic pooch pregnant with ten puppies when her family realized they could no longer afford to care for her. Through the help of Bridge to Home Animal Rescue (and a floral-laden photo shoot), Angel swiftly found foster parents who could help her to safely deliver her pups and connect with a loving “fur-ever” family of her own.

Americans love animals, and the support of animal-related causes through charitable giving and service has deep roots in this country’s philanthropic history. In fact, the ASPCA (American Society for the Prevention of Cruelty to Animals) was founded in New York in 1866. That’s only a few short years after the creation of the American Red Cross and the Salvation Army. At the time, the ASPCA was the first organization of its kind in the Western Hemisphere. But that has since changed.

According to NPR, there is an estimated 14,000 shelters and pet rescue groups across the US, and that figure only takes into account providers addressing the needs of domesticated animals.

Financial contributions are a critical component of any charity’s ability to provide its programs and services, and animal lovers are particularly passionate about helping their furry friends. Very recently, the Betty White Challenge took social media by storm. The movement encouraged modest donations to local animal shelters in memory of the late beloved actress. Meta reports that a whopping $12.7 million was raised world-wide through the campaign on Facebook and Instagram.

A little closer to home, the Washington County Community Foundation sees the same kind of enthusiasm among local animal lovers each year during its annual day of giving, WCCF Gives. Last year alone, a total of nearly 850 donations were made to the six participating animal welfare organizations.

But when there are so many options and there is only so much to give, sometimes it can be difficult to choose where to direct a charitable gift. For those who would like the opportunity to broadly help local animals of all stripes, the WCCF has a solution: the Animal Fund.

The fund was created to support programs that provide for the care and protection of both domesticated and undomesticated animals in Washington County. As a pooled fund, contributions are welcome from anyone at any time, and the gifts are combined to result in more impactful grant-making. But before it can make any awards, the Animal Fund must grow.

Check contributions can be mailed to the WCCF. Or, donors may also give online via this site. 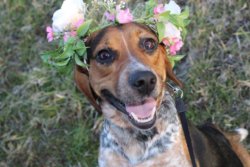 Later this spring, the WCCF will be partnering with the Washington Wild Things on a unique fundraising opportunity. A special 20th anniversary jersey sponsored by the Community Foundation will be auctioned during the Wild Things home opener on Friday, May 13, and all the proceeds will benefit the Animal Fund. Since the auction will be hosted online through mac.bid, anyone can participate from anywhere.

Thinking about bidding? Visit www.washingtonwildthings.com to learn more, and go wild with your support of the Animal Fund on behalf of all the animals you love!