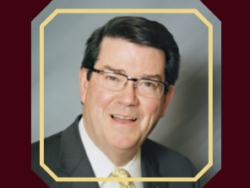 Can you recall the last time that you paused for a moment of reflection? The realities of daily life require us to move quickly. So fast in fact, sometimes we forget to stop and consider all the good that we have accomplished -- in a day, a month, or even a year. In many ways, the creation of our annual report, The Community Heirloom, serves as a wonderful reminder of the astounding impact that is being made locally by the Washington County Community Foundation. The 2021 issue just went to press, and I could not be more proud of the publication or its contents.

As the report documents, there were many highlights from the last year, and among them, the WCCF took its grant-making to new heights, awarding more than $4,300,000 in total. And within that impressive figure, there are hundreds of impactful initiatives.

We continued to address the local effects of the COVID-19 pandemic through grants from the Close to Home Disaster and Emergency Fund. Much of our emphasis focused on housing-related issues, as both Blueprints and Connect received awards of $50,000 each to ensure that the residents of our community could remain in their homes.

The two largest grants of the year were issued to Food Helpers and Washington Communities Human Services. Food Helpers was presented with the $250,000 Community CARE Fund Challenge, a dollar-for-dollar match incentive to raise funds for its Community Outreach Program, which was specially designed to serve the working poor. Food Helpers far exceeded that goal, raising well over $400,000 through the campaign. Meanwhile, Washington Communities Human Services, soon to be known as Healing Bridges, received its $250,000 capacity-building grant to embark on an organizational re-brand and to hire two new positions. Once the different facets of this grant are fully implemented, we anticipate the outcome to be transformational for the organization. 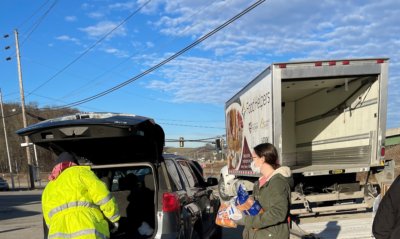 Food Helpers’ innovative truck-to-truck model has contributed to the success of its Community Outreach Program. In 2021, the Washington County Community Foundation posed a $250,000 dollar-for-dollar match incentive in support of this program that supports the working poor. It was one of the WCCF’s largest grants that year.

In our efforts to foster growth within the charities we serve, capacity-building grant-making remains a top priority. As a result, 2021 marked the restructuring of our annual competitive grant cycles to focus on capacity-building requests. Thirty-one different local charities received awards totaling $410,000 through the two competitive cycles.

Additionally, an updated, streamlined Strategic Plan was approved. Among its many ambitious objectives, the Foundation is taking steps to initiate a first-of-its kind, interactive community needs and assets resource called the Community Snapshot. This website will help to easily communicate important data as well as highlight specific charitable needs. Not only do we look forward to seeing how this web-based tool will serve the people and charities in our community, but we also hope that the project will serve as a model for other organizations seeking to assess the state of their own communities in a fresh and innovative way.

So much has changed since the WCCF’s early days. When I served as the inaugural Chairman of the Board more than 25 years ago, there were many unknowns. The Foundation literally had no assets, but its leaders had boundless drive and vision. Step by step, donor by donor, grant by grant, we forged a path that has led us to approximately $55 million in assets and a stellar reputation as a community leader. It has been a privilege to share the journey of each milestone.

I will leave my second term as Chairman knowing that the Foundation is strong and poised for future growth. So much of the work that we do is about crafting legacies, and it will always give me great pride to know that the contributions I have made to the Washington County Community Foundation are an integral part of mine. 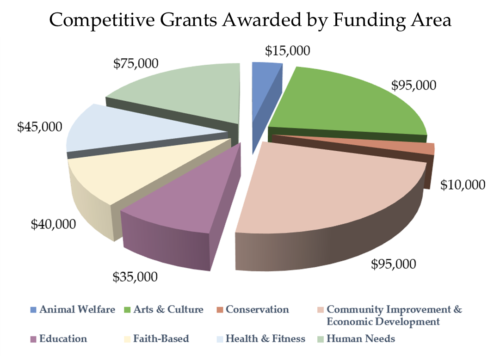