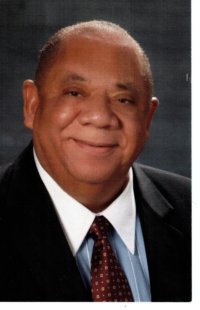 What does it take to change a culture? Courage, tenacity a strong family, faith in something higher. When you’re working for civil rights, it’s also about finding balance.

Read a bio of James McDonald, and it says things like “first black insurance salesman” or “owner of one of the best minority-owned companies.”

“Does it bother you,” I had to ask, “that they say it’s one of the best minority companies. You’re the best black salesman. It’s always qualified. Are you happy to be noticed, or do you think ‘There they go again’?”

He laughed, something McDonald does often and heartily.

McDonald knows about walking that line. Raised in Washington, the eldest of six children, they always had necessities and food on the table, but little else. Life was never going to be easy.

“As the oldest, I had to help support the family. I learned to do laundry and cook and take care of the others. No playing until the chores were done!”

They had limited financial resources but there was unlimited faith, love and support. He credits his mother with molding him into the man he became.

“I was fortunate to have such a loving, supportive mother. I would never do anything to make her cry. I vowed I would make her proud.”

He spent his adult life doing just that.

Coming of age as a black man in the 1950s was a challenge. Like many of his contemporaries, he faced blatant discrimination.

After graduating from Wash High, anxious to serve his country, he joined the Army. On a bus trip home from Fort Bliss, Texas, he and his fellow soldiers stopped at a diner. They were all in uniform. The white soldiers were welcomed, but McDonald was told: “We don’t serve your kind here. You’ll have to leave.” He’ll never forget the long walk outside, fighting tears while taunts of the N-word rang in his ears. “I was willing to give my life for my country,” he remembers “but to these people, I wasn’t worth a sandwich.”

He returned from the service determined to help his community, and found that balance between business and community activism.

Taking a job with Prudential, McDonald brought insurance products to Washington’s African American community that had not previously been available, and became one of Prudential’s most successful agents.

Over the years, he gave back in countless ways, serving on the boards of more than 30 local organizations. As president of Washington’s NAACP, he oversaw acquiring its first office and organized its first job bank, where he quickly realized his constituents competed for jobs with people with better connections. But he persevered, because jobs and education were keys to success. 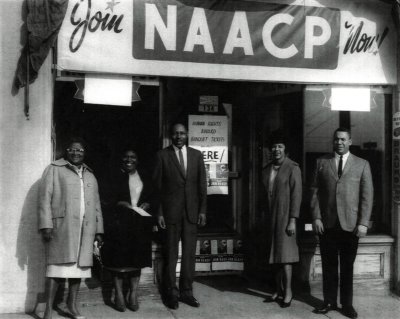 “You have to be good, because everyone is looking at you,” he concedes. “If I fail, my race fails. If I let down the people behind me, they can be rejected and denied. I had to set the example.”

Despite having received dozens of awards, receiving the WCCF’s 2021 Louis Waller Humanitarian Award is particularly meaningful.

“Lou was a dear friend and mentor,” McDonald recalls. “He worked for civil rights from the boardroom down, and I worked from the streets up. Together we did whatever it took to make our community better.”

He feels social justice is attainable, but we have to learn to live together.

“I feel sorry for people who have to live with hate and bigotry.” When it comes to being judged by others, he has a heartfelt response: “God has my report card. To serve God is to Serve mankind.”

When it comes to civil rights and racial reconciliation, things have changed – to a point. There are places McDonald can go, things he can do that were not possible 50 years ago. But the work is not done. Not by a long shot.

“We celebrate our victories but we know the fight is not over. We’ve come far, but there is still a lot to do.” 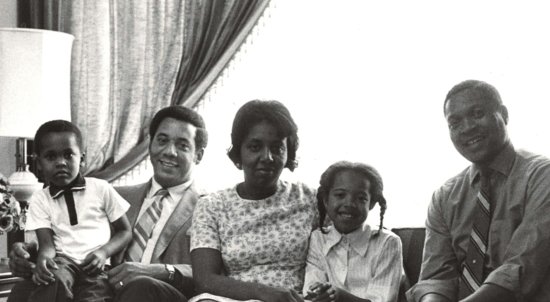