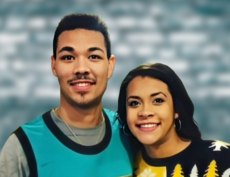 Jorryn Goudy did not choose to be a philanthropist. But then, how many 24-year-olds do?

Born to a drug-addicted mother, it wasn’t long before he and his sister, Jacie, were removed from the household. Jacie was only two years older, but throughout Jorryn’s life, she was his mentor, his shining example, his lifeline.

They moved through foster care and were adopted into a household consisting of biological children, adopted kids, and foster children who came and went. Throughout the chaos, Jorryn and Jacie had one constant in their lives: each other.

“I am the man I am today thanks to her,” says Jorryn. “At the age of 4, Jacie was my advocate. Even then she had the fierce protectiveness of a lioness. She looked out for me when no one else did.”

Once they started school, people noticed those Goudy children. After she qualified for Trinity’s gifted program, she insisted they test her brother, who also qualified. They were brilliant. They were thoughtful. And Jacie emanated a light that shone brightly around her.

“She set me up with an expectation to achieve at a high academic level,” he explains. “I never would have done that on my own.”

Jacie encouraged him to read the way she did: voraciously. And to get straight A’s, because she knew, somehow, that education was their ticket up. 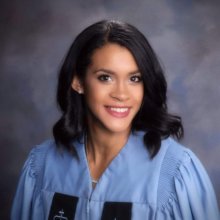 Jacie upon her graduation from Columbia University

She left Washington County on a full scholarship to prestigious Columbia University. Two years later, it was Jorryn’s turn, securing a scholarship to Penn State.

This past February, Jacie Goudy passed away unexpectedly. She was 26 years old.

“I am eternally proud of my big sister's fortitude and resourcefulness. I try to emulate her on a daily basis; she was my role model and I miss her every day. She taught me long-term thinking. Without her vision I wouldn’t have gone to college, would not have expected of myself what Jacie expected of me.”

Jorryn started a GoFundMe page to honor Jacie’s memory. He wanted to help children, but didn’t know how to make that happen.

The fund quickly grew to $25,000. After researching the process to create a non-profit, he recognized his limitations as well as the daunting legalities involved.

He heard about the Washington County Community Foundation, and realized they could help him meet his goals. That’s how Jorryn Goudy became an unlikely philanthropist. 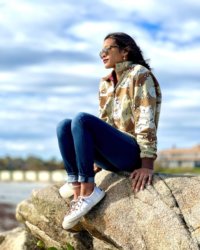 Jacie glows in the sunlight on a beautiful day.

The Jacie Alexa Academic Fund was created to help financially-needy students of Trinity High School to prepare for, or gain access to, post-secondary education. An annual grant will be issued from the fund to the Trinity Area School District to help students address expenses related to applying to a post-secondary educational institution or even taking Advanced Placement exams, the SAT, or the ACT.

“With the help of the WCCF, I am confident the first step of the legacy that Jacie deserves will be achieved.”

Jorryn knows Jacie would be proud. “She would be ecstatic that children with no voice, no method or means to an education might be able to pursue their dreams. I think Jacie would have made enough money to come back and start something like this herself. It’s heartwarming that we as a community can do it for her. Every year, kids will be helped in her name.”

Sometimes philanthropy is just another word for love.

Contributions to the Jacie Alexa Academic Fund may be made online via www.wccf.net.