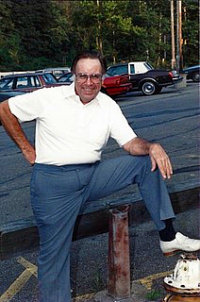 It’s likely there are still many people who fondly remember the Isaly’s store on Main Street in Washington. David Wylie is one of them. Not just because of that nostalgia that comes with those sepia-toned memories of days gone by, but because of what the store meant to his family.

That particular Isaly’s was established in the 1930s by David’s grandfather. And for Russell Wylie, David’s father, the little market offered much more than his first job – it kindled his entrepreneurial spirit.

Although the venture may have seemed like a long shot, Russell opened Rolling Green Golf Course in Eighty Four in 1958. Less than a decade later, Russell was in the position to take his enterprise to the next level, opening Lindenwood Golf Club in Canonsburg. The businesses were truly a family affair, as David’s mother Marilyn, used her experience as a bookkeeper to oversee the accounting for both courses.

As David grew, he realized he shared his father’s passion for the golf business. Together, the duo expanded the course at Lindenwood and later purchased Chippewa Golf Club in Bentleyville.

Building a successful business takes dedication, but it wasn’t always “all work and no play” for the Wylie clan. Over the years, they have dedicated much time to community activities and service. 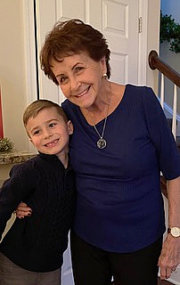 Marilyn Wylie with her great-grandson Wyatt

Russell and Marilyn were active members of the Church of the Covenant in Washington. Marilyn sang in the choir for 30 years, and she also leant her lovely voice to Helen Hallam Wolfe’s all-female barbershop quartet and the Symphony South Music Club. In addition to holding leadership roles in various golf associations, Russell served as a president of the Washington Cemetery Board, the Eighty Four Boys Baseball League, and the Rotary Club of McMurray. Just a few years prior to his passing in 2017, Russell was honored as a founding member of the McMurray Club and acknowledged for his 50 years of continuous active membership. 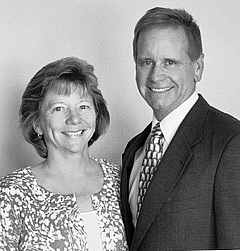 David and his wife Barbara belong to Peters Creek Evangelical Church. David serves as a Trustee, while Barbara has taught Sunday school, sang in the choir, and served as both a deacon and a member of the session. Barbara also volunteers for TRPIL and is involved with Operation Christmas Child.

Following in his father’s footsteps, David is a long-time member of the Rotary Club of McMurray. He has also served as a member of the Peters Township Planning Commission, United Way Board of Directors, and various school district committees. And as a volunteer pilot for Angel Flight of America, David has flown over 100 missions and was named Pennsylvania Pilot of the Year for four consecutive years.

Having a debt of gratitude for the community’s long-standing support of their local businesses, the Wylies wanted to find their own way to contribute to Washington County’s quality of life.

However, when you have so many different charitable interests, it can be very difficult to choose which organizations to support. So, Russell reached out to the Washington County Community Foundation to help him find the best way for he and his wife to engage in philanthropy. A few years later, David and Barbara followed suit.

David remarked, “It’s nice to be able to rely on the Foundation’s expertise to identify where the greatest needs are. It can be difficult to determine which charity to support, when to give, and how much to give. Our discretionary fund at the WCCF is an ideal way for us to support worthy causes in our community without any of the worry.” 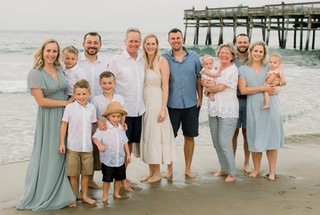 Barbara and David’s daughters, Megan, Laura, and Amanda, are poised to carry on the next phase of this family legacy. And, the couple feels especially fortunate to have all six of their grandchildren close to home in the Pittsburgh region.

The Wylies’ perspective on life is much like golf in that it’s not just about the score – it’s about how you play the game.

“We’ve been so blessed. It’s good to give back. And, the WCCF is a great way of doing so.”