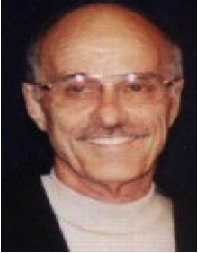 The Arthur V. Ciervo Scholarship Fund was created by his children as a birthday present in 1999. The fund provides scholarships to needy Bethlehem‐Center graduates who plan to attend college.

Arthur’s father and grandfather encouraged him to pursue an education rather than follow them into the coal mines of Fredericktown, PA. He heeded their advice and became one of the first members of his family to receive a college education. One of his published works, Always in a Hole, is based upon his experiences growing up in Richeyville, a small coal mining town.

In the late 1940s Arthur entered United States AirForce, before majoring in Journalism at West Virginia University. His first job at the _Brownsville Telegraph_ launched his career as a successful journalist, which eventually led him to work for the Associated Press. He later became interested in public relations and took a job with Wierton Steel while he pursued a master’s degree to become a professor.

Eventually, he was hired as the head of the Public Relations department at Georgetown University, taught at American University, and then became director of Public Relations at Penn State University. Never one to just relax, upon his retirement Arthur did private consulting work for colleges around the country. In 1999, he was inducted into the Public Relations Society of America’s Washington, D.C. chapter, named one of the 50 most influential public relations persons in 50 years.

In an interview with the Observer Reporter, Arthur’s daughter, Lynette Grenier, said “one of the greatest lessons” her father taught his children was to be committed to helping others. As Arthur said it best himself, “A lot of others need it more than me.”