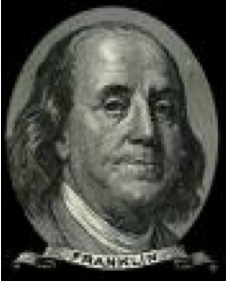 The Ben Franklin Fund was created by the Commonwealth of Pennsylvania from a trust established in 1790 by Benjamin Franklin. Proceeds of this fund will be used to support charitable causes in Washington County.

In his will, Franklin bequeathed 1,000 lbs sterling, roughly $4,000, to the Commonwealth of Pennsylvania. He instructed that this be invested for two hundred years and at the end of that period, the money should be used to do good. Franklin died in 1790. In 1990, his gift had grown to over $2 million. The Pennsylvania legislature used a portion of this $2 million to create Ben Franklin Funds at the community foundations throughout the Commonwealth.