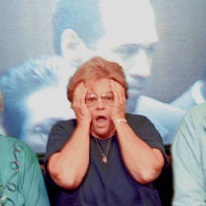 Curtis Wachter spent his brief life capturing the images of joy and sorrow that he viewed through his camera lens. Curtis, an Observer Reporter photo‐journalist, was only 25 when cancer took his life, and the promise of a brilliant career.

The Curtis Wachter Scholarship Fund was established by the photography department at the Observer-Reporter and his family and friends. A scholarship is awarded annually to a promising high school graduate who plans to study photography or photo-journalism in college.

Curtis was born on June 11, 1971 in Mt. Lebanon. His father told the Observer Reporter in an interview that he had always thought of Curtis as an artist with a camera. “You looked at his pictures and it was almost like he spent a lot of time with a paint brush and easel and carefully selected everything, but it was the beauty he was able to capture with a camera. He lived life to the fullest. Even when he was ill he kept doing things that he was able to do,” he said.

Curtis was being mentored by Pulitzer Prize winning photographer John Kaplin, and, shortly before he became ill, had been awarded a Keystone Press Award for his photograph of a woman’s reaction to the 1995 O.J. Simpson not guilty verdict. The photo (above), submitted for a Pulitzer Prize, was syndicated to newspapers across the country.

Curtis’ scholarship will give other young people the opportunity to reach for their dreams, and keep capturing the beauty of life through the lens of their camera.