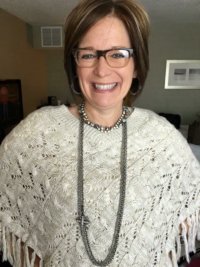 The Cynthia McCuen Scholarship Fund was created in 2017 by family and friends to honor the memory of Cynthia, who passed away in January 2017 after a courageous battle with cancer.

Cynthia Louise Daly McCuen was born on November 22, 1961 to Philip and Judy Hoge Daly of West Alexander.  After graduating from McGuffey High School, she went on to receive an associate’s degree in nursing from West Virginia Northern Community College in Wheeling, WV.  Cynthia later completed her bachelor’s degree in nursing from California University of Pennsylvania and through the years worked as a nurse at Canonsburg Hospital, St. Clair Hospital, MedExpress, Washington & Jefferson College, and Wheeling Hospital.

In addition to nursing, Cynthia’s interests ranged from exercising, running half-marathons, and attending her son’s sporting events, to chicken farming, and spending time with her family, friends, and fellow Thirty-One and Sabika consultants.

The fund will annually award a scholarship to a student from McGuffey School District who is pursuing post-secondary education in the field of medicine and who is not receiving substantial government or school aid.