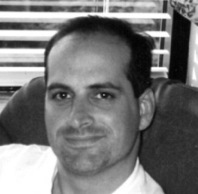 Danny DaPra left behind a wife, Dana, and three young daughters, Gianna, Celena, and Isabella, when he died unexpectedly in January 2005. He also left behind other family members and a very close‐knit group of friends from Peters Township High School, who still kept in touch after graduating in 1984. It was a combination of Danny’s family and friends who created the Danny DaPra Legacy Fund in his memory in 2007. They had already initiated education accounts for the girls but wanted to do something charitable in Danny’s memory to benefit the community that was so important to him.

After high school, Danny graduated with a degree in Industrial Marketing from Robert Morris College and then went to work as a Medical Sales Representative for Vanguard.

His love of sports, begun as a young athlete in Peters Township, remained with him throughout his life. He was particularly happy to work as a camera man for the Pittsburgh Pirates, Steelers, and Penguins, as it provided the opportunity for him to see the action up‐close. Danny was a faithful member of the Holy Rosary Church in Muse and a proud member of the Italian Heritage Society of Canonsburg. He also loved to cook.

Grants from the Danny DaPra Legacy Fund will primarily focus on youth programming in Canonsburg and Peters Township, although other worthy community projects may be supported over time.