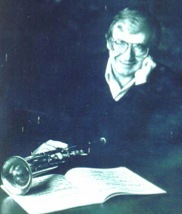 Daveʹs interest in music began at an early age, which may be attributed to his parents. His mother was a ballerina with the Paul Whiteman Orchestra in Chicago and his father was a singer in musicals. The family traveled extensively causing Dave to attend seven different elementary schools until they moved to the Pittsburgh area when he was fourteen. That was when Dave received his first trumpet, and from that day on, he focused on becoming a professional musician. Throughout high school, he played with many local bands and, upon graduation, Dave had secured a job playing with the staff band at WCAE.

Dave played all over the country with big bands and was booked at the New Yorker Hotel for a long run, but instead he went to Korea to fight for his country. He enlisted in the United States Air Force for four years and was able to continue his music by being chosen to play lead trumpet in the official Air Force Band in San Francisco.

At the end of his tour of duty, Dave decided to enroll in the Music Education Department at Duquesne University. After graduating, he accepted his first teaching position with the Peters Township School District in 1958.

Dave believed in the power of music and during his career he developed an award‐winning music program for the district. Despite the fact that his first concert lacked a large number of players, Dave repeated the program twice because he was proud of his students. As the years went by, he introduced many innovative programs and was able to combine music with other forms of art in a creative manner. At one point, Dave was able to incorporate local artist Virgil Cantini with a composition by his band. He also gave the bands the opportunity to accompany professional musicians. No other schools were able to accomplish such programming at that time. Dave retired from the education field in 1986. 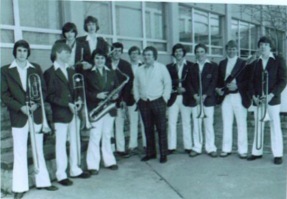 Several of Daveʹs students continued in the music field. Since his death in 2001, Daveʹs wife, Marcy, and two children, Dave Jr. and Becki, have received scores of letters from all over the world. These letters from former students told the family how much they appreciated Daveʹs part in their education. This impact led Daveʹs former students to initiate the Dave Pew Memorial Scholarship Fund, which provides educational scholarships to graduating seniors of Peters Township High School who will pursue a career in music.