The David & Barbara Wylie Family Fund was created by David and Barbara Wylie in 2019 to promote the quality of life in Washington County, PA, through charitable grants that will support community needs as identified by the Foundation. 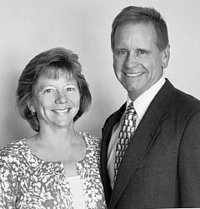 Barbara went on to attend the University of North Carolina, where she earned a master’s degree in child life development. Afterwards, she worked at Children’s Hospital of Pittsburgh as the Child Life Specialist for the Orthopedic floor.

Barbara and David belong to the Peters Creek Evangelical Presbyterian Church (PCEPC) in McMurray. At PCEPC, David serves as a trustee, and Barbara is a member of the session and the choir. She also has taught Sunday school and served as a deacon.

Among her different service activities, Barbara volunteers for TRPIL and Operation Christmas Child. She also spent a number of years as a Girl Scout troop leader. Additionally, Barbara makes quilts for friends, drawstring backpacks for immigrant children, and masks for the pandemic, donating any proceeds to local charities such as Horses for Hope.

David has been a long-time member of the Rotary Club of McMurray, where he led the organization for a year in the role of president. For his contributions to Rotary, he has been awarded the Service Above Self Award, the Paul Harris Fellow Award, and Rotarian of the Year (2020). Additionally, David has served on the Peters Township Planning Commission, the United Way Board of Directors, as well as various school district committees. And as a volunteer pilot for Angel Flight of America, David has flown over 100 missions and was named Pennsylvania Pilot of the Year for four consecutive years.

Barbara and David have three daughters: Megan, Laura, and Amanda.

Megan Wylie Ruffing and her husband, Dan, live in McMurray and have 5 children: Wyatt, Rowan, Emmett, Mason, and Avery. Megan is a professional photographer, and Dan is a geo-technical engineer and VP of Geo Solutions Inc. based in New Kensington, Pa.

Laura Wylie Jara and her husband, Nathan, live in Bethel Park and have a daughter, Claire. Laura is a virtual assistant, while Nathan is director of online marketing for American Eagle.

Amanda Wylie and her husband, Alec Shilling, live in Raleigh, NC. Amanda is currently pursuing her doctorate at the University of North Carolina - Chapel Hill, while Alec works as an engineer for a pharmaceutical manufacturing company. 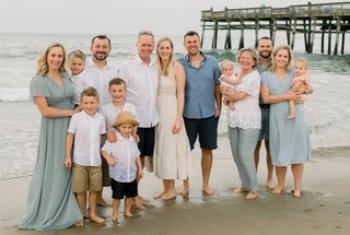