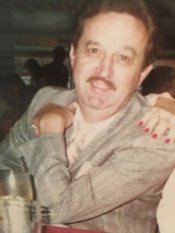 The Foley A. Selvaggi Memorial Fund was created by family and friends as a lasting tribute to Foley Selvaggi.

Foley was born on August 21, 1934, in Washington and lived in Washington his entire life. He met his wife Beverly at Trinity High School where they both graduated in 1952. After graduation, Selvaggi served in the Army for two years in the tank division in Fort Knox, Kentucky.

After his time in the service, he returned to Washington and was the sales representative for Washington Barber and Beauty Supply until the day it closed. With a desire to stay in the business of hair and beauty, he opened Mr. Foley’s Beauty Supply.  His family also created Selvaggi Brothers Bakery which was known for their Italian bread.

Foley and Beverly became Christians and started their walk with Christ with in-home prayer meetings.  On Monday and Tuesday nights, many individuals that needed help and guidance visited their house for readings of the Bible.  According to Mrs. Selvaggi, “It was a way to help people and welcome them into the house of the Lord. We could be a support network to people searching for Christ.”

As their meetings grew, they needed more space for the growing number of people attending.  Alongside two other gentleman, Steve Cancilla and Samuel Polan, they started what became known as the Christian Gathering.

Their services later expanded to a home in Peters Township where on any given Thursday night, 30 to 40 youth listened to Foley explain the right way of living and learned how to deal with a growing drug problem in the community. To this day, individuals approach Beverly and show their gratitude for the services they performed.

As a donor advised fund, the Foley A. Selvaggi Memorial Fund gives Foley’s widow, Beverly, the opportunity to annually recommend the charitable cause to be supported. Recent grants from this fund have helped the Greater Washington County Food Bank, Washington Symphonic Orchestra, Citizens Library, and the summer program at the LeMoyne Community Center.