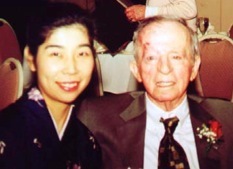 The Friends of Thomas R. and Charlotte L. Milhollan Fund provides support for the Alzheimer's Association.

Through the years, Thomas R. Milhollan fully immersed himself into Washington County. His service to others through Precision-Marshall, his volunteerism, and philanthropy has undoubtedly made a lasting impact on the County.

Tom was recognized for his service by the Washington County Chapter of the Pennsylvania Sports Hall of Fame as well as by the WCCF which named him Philanthropist of the Year in 2000. He actively supported the United Way, Washington Health System (formerly Washington Hospital), YMCA, Washington City Mission, Boy Scouts of America, and United Cerebral Palsy among other area organizations.

LaRue Milhollan, as she was known by most, was born on August 21, 1923 in Washington, PA, the daughter of Hugh H. and Mary Kunselman Turner. On October 27, 1940 she married the late Thomas R. Milhollan and to that union were 3 children: Thomas H., Gloria Sue, and Jackson Milhollan. 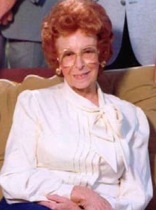 By todayʹs standards, LaRue would have been called a "domestic engineer" as opposed to a "homemaker." Her husband and children were her life. Her goal was to ensure that her children were the very best they could be. She dedicated her life to raising productive and responsible individuals who could be proud of themselves. She provided them with love, guidance, discipline and a sense of purpose, all while maintaining an immaculate household and enabling her husband to concentrate on his business and philanthropic work.