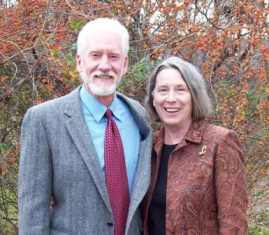 The Jeffery L.& Laura M. Liggett Fund is a Field of Interest Fund that was created in 2013 to support human needs programs and projects, with a preference for Protestant-based charities and charities that meet the basic human needs of food, clothing, and shelter.

Jeff and Laura’s compassion for people experiencing extreme difficulty and personal loss was the motivating factor behind their decision to establish a fund. Jeff said that they want to “give back” to the community where they raised their children and lived most of their lives.

During the time that Jeff was employed by the Army Corp of Engineers, he had disaster and emergency management duties connected with quality control and quality assurance. His team supplied generators to hospitals and nursing homes and to churches set up as shelters, following floods and hurricanes. He met people who lost their homes and all of their possessions and whose relatives died during the disasters. Many years earlier, as a United States Marine, he saw severe suffering, including that of civilians caught between two warring factions during bombings. 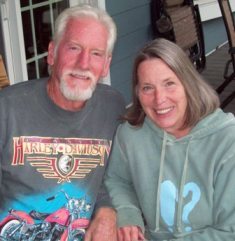 Laura served homeless individuals and families, the ill and the elderly, and those with blindness, low vision and other disabilities, over the course of nearly 30 years through her work for various not-for-profit organizations. From managing client caseloads to the general management of grassroots organizations to professional fundraising, she learned about the great needs that people have. For most of her working years, Laura held development positions, generating charitable gifts to meet those needs.

“Field of interest funds, such as ours, that give the WCCF the latitude to make funding decisions will help to most effectively meet the most pressing needs of people in distress in Washington County in both the near and more distant future,” she said.