The John & Sophie Choratch Scholarship Fund was created by a transfer from the estate of Sophie Choratch. It provides educational scholarships to deserving students of Washington County whose parents either work or volunteer as a first responder. 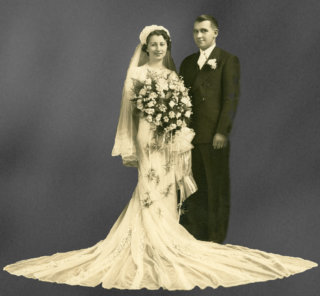 When the mill closed, John and Sophie purchased John’s Flower Shop in Donora as a means to provide for themselves.  The flower shop was one of three flower shops in Donora at that time.  Shortly after making that purchase, John suffered a heart attack and died, leaving Sophie to manage the store on her own.

Although Sophie initially knew nothing about the flower business, she attended the Hixson School of Floral Design to learn how to do arrangements.  Sophie became an astute and successful business woman by working hard and putting in long hours.  After working a full day in the store, she would retire to her apartment above the store to do the bookkeeping. 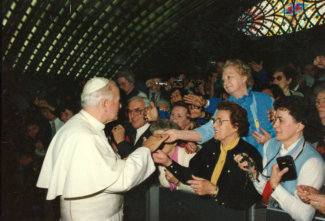 Sophie was a member of Our Lady of the Valley Catholic Church in Donora and later in life she enjoyed traveling with the senior citizens and other groups.  She owned and operated John’s Flower Shop in Donora for almost 40 years, retired in September of 2002 at the age of 86, and died just six months later.

As Sophie was preparing her will, she instructed her attorney to include some financial gifts to family members, as well as $25,000 to the local Meals on Wheels program and $25,000 to the Donora Public Library.

Sophie clearly believed in education as she instructed that the residue of her estate be used to create a perpetual fund to provide scholarships to local high school students.  Sophie wanted students to be able to attend any post-secondary school in the country to pursue any vocation.  Above all, she wanted a fair selection process.  The Washington County Community Foundation was selected to administer the scholarship fund.

When the tragic events of September 11, 2001 occurred, Sophie wanted to help the
victims in New York. In a codicil to her will, she instructed that the scholarships be given to students whose parents were victims of the September 11, 2001 Twin Towers Tragedy.

In response to the 9/11 tragedy, many Americans like Sophie were moved to contribute to charities to help the victims. In fact, contributions were so great that charities stopped accepting gifts and urged those wishing to help to contribute in their local communities. Because the original intent of Sophie’s fund was no longer practical, Washington County Orphans Court permitted the Community Foundation to redirect the scholarships to the children of first responders in Washington County.

A total of $720,000 was received from Sophie’s estate, making this fund one of the largest scholarship funds of the Community Foundation.