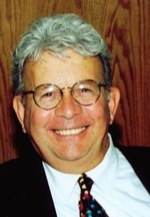 The Joseph P. Femiani Memorial Scholarship Fund was created in 2003 by John A. and Barbara L. Campbell and Joseph A. and Shirley H. Hardy to celebrate the life and good works of their friend, Joseph P. Femiani.

The following article was printed in the Observer Reporter, on May 5, 2003:

Once described as an “entrepreneur for humanity,” Joseph Femiani spent the better part of his life reaching out to those in need, particularly children.

And, it will be Femianiʹs quest to protect children from abuse and domestic violence that people will remember through the Watchful Shepherd USA program.

“He had a real compassion for children and their needs for a happy life.” said Donna Nardine, Executive Director of Watchful Shepherd, a national nonprofit program Femiani founded in 1993 to provide Washington County Child Protective Services Unit with electronic monitoring device to enhance its efforts to protect children in potential dangerous family situations. The program idea came to Femiani one day after watching a television news story about a young girl’s brutal beating death at the hands of her father. Femiani wondered what could possibly be done to assist caseworkers in monitoring the well‐being of children at risk for abuse.

He found his answer in a technology similar to the “Lifeline” technology utilized by homebound senior citizens. Once introduced into the program, a child is provided with an electronic transmitter in the form of a pendant or wristwatch that, with the push of a button, activates a communication link that allows the child to summon help from a local hospital emergency department. Watchful Shepherd, which is now based in McMurray, was initiated at Canonsburg Hospital in 1993. Over the next decade, the model of child‐abuse prevention has been successfully implemented in six states and has served more than 393 families and more than 1,978 children between the ages of 3 and 17. According to Nardine, Femiani had a vision for the future of the program, and she said, “Obviously, the program will continue.”

While Femiani will be greatly missed, Nardine said his determination and concern will be the driving force behind the program. She said she always will remember Femiani saying: “Children are our songbirds, and they are being plucked out of the sky one by one. Unless we do something, pretty soon there will be no music.”

Ron Galiano, a close friend, said Femiani was truly a special person who lived life with a passion. He’s the type of person who lived it, he just didn’t do it,” he said. “He was fighting wherever he had the opportunity to do so.”

He had been the recipient of many honors, including the Jefferson Award, established years ago by Jacqueline Kennedy Onassis, and others. He also was named Rotary International Paul Harris Fellow and Citizen of the Year in Pittsburgh. He received J.C. Penney Golden Rule Award, National League of Women Voters Social Service Award, Marriott Corp. Modern Health Care Service Excellence Award and the Pittsburgh Annual Health Care Heroes Award.