The McCune Family has always been very active in our local community, so it came as no surprise that when faced with the death of their brother, Edward Markey McCune, they chose to initiate the McCune Family Fund to support the community in Edward’s, as well as the family name.

Edward was born on October 30, 1946, in Washington. He was the son of the late Honorable Barron P. McCune Sr. and the late Edna Markey McCune. After graduating from West Virginia Wesleyan College in 1964, he went on to serve in the United States Navy aboard the USS Oriskany and was honorably discharged in 1973. That same year he married his wife, Sally Gainor, in Harbor Beach, Michigan. Together they had two sons, Mark Gainor McCune and Matthew Markey McCune.

A very active member of the community, he was a member of First Presbyterian Church, Washington, where he formerly served as deacon. Edward was also a member of Edwin Scott Linton American Legion Post 175, Antique Automobile Club of America, Antique Auto Racing Association and Covered Bridge Region of AACA. In 1996, he received the Ray Matthews Award. 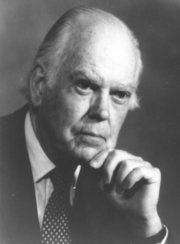 The fund also received contributions in memory of Judge Barron McCune when he passed in 2008.

Judge Barron Patterson McCune was born on February 19, 1915, in West Newton, Westmoreland County.  He was the son of James P. McCune and Lyda Hammond McCune. He graduated from Ellsworth-Cokeburg High School, now part of Bentworth School District.  After graduating from Washington & Jefferson College in 1935, he graduated from the University of Pennsylvania School of Law in 1938.

Judge McCune was practicing law in Washington when the bombing of Pearl Harbor occurred. He served in the Navy as a gunnery officer during World War II and married Edna Markey of Washington in 1943.  After the war, Judge McCune resumed his practice of law in Washington and formed the law firm of McCune and Greenlee, later McCune, Greenlee and Richman.

In 1963, Judge McCune was elected to the Court of Common Pleas of Washington County. Eight years later in 1971, he was appointed by President Nixon to the United States District Court for the Western District of Pennsylvania.

Judge McCune was long active in the community, as well as civic and church affairs. He served on the Washington & Jefferson College Board of Trustees for more than 40 years and served as president from 1976 to 1983. He was a member of the Board of Trustees for the Washington Hospital for 32 years, where he held many positions.  He also served as the president of Washington Industrial Development Corporation for many years.

He was a member of the Church of Covenant and had a special interest in the history of western Pennsylvania. He relaxed on the weekends by working outdoors on his farm in Scenery Hill and spending time with friends and family.

Charities to benefit from the McCune Family Fund will be selected by the McCune family.