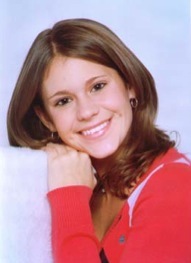 She was voted “Nicest Smile of the Class of 2006.” It was that smile and so much more that was taken away from Megan’s family and friends when she was killed in a tragic car accident on her way to work in 2005.

Megan Phillis was just eighteen years old and three weeks away from starting college when her life was taken from her. Her tuition for a four year course of study at West Virginia University had already been provided for through the numerous scholarships she had received, but she still wanted to continue working her summer job.

Megan commanded any project in which she participated. As Yearbook Editor, she spent many long hours, not only working to acquire photos and text for the book, but also fundraising to keep the publication in existence. Budget cuts and a lack of student staff were endangering the future of what many would keep as a cherished memento of their high school years. Megan was also a member of the National Honor Society, the Leo Club (a division of the Lions Club), the high school marching band, color guard and a four year letter recipient on the softball team.

The girl with the nicest smile was also an academic stand out. Megan applied for and received several scholarship awards that, when combined, covered her entire financial obligation that would help her fulfill her ultimate goal of attending college. In addition, Megan also received the Lions Young Leaders Service Award and the Presidential Education Award. 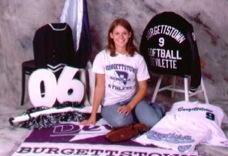 “The awards that are given in school, from teacher to student, are always based on the same things without ever considering the involvement of the student outside of the classroom. This scholarship application affords me the chance to convey beyond my transcript that I am involved in a number of extra‐curricular activities that have given me the opportunity to find a few qualities about myself, leadership and determination.”

Scholarships from the Megan J. Phillis Scholarship Fund for Academic Excellence are given to graduating students from Burgettstown High School who exemplify Megan’s dedication to academic excellence, her passion for personal growth and a belief that one can accomplish anything one believes in through hard work and motivation.