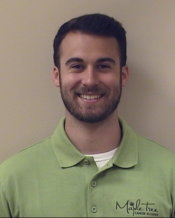 Compassionate, loyal, and brave, Nicholas Cumer had the heart of a hero.

He was born August 21, 1993, and spent his formative years in Washington, PA.

His charismatic personality made him popular among his classmates, and his talents allowed him to shine. Among his diverse extracurricular activities, he was a member of the marching band for all four years of high school, rising to the position of Drum Major as a senior. He was also a skilled athlete who not only played on the tennis and basketball teams but who also holds the distinction of being the first male student to play on the girls’ volleyball team. Outside of school, Nicholas attended Washington Alliance Church and performed volunteer work in the physical therapy department of Washington Hospital. 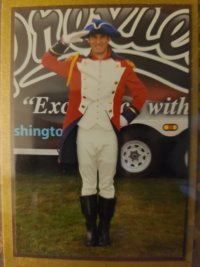 After graduating from Washington High School in 2012, Nicholas continued his education at Saint Francis University, where he played sousaphone in the marching band. Concentrating his studies in the medical field, he earned a bachelor’s degree in exercise physiology and later a master’s degree in cancer care. During the last ten weeks of his final year at Saint Francis, Nicholas was an intern with Maple Tree Cancer Center in Ohio.

With a true passion for helping others, Nicholas loved working with his clients at the Maple Tree Cancer Center. In turn, he was adored by his patients, his coworkers, and the administrators of the facility, so much so, he was offered a job to operate one of Maple Tree’s new offices in the Pittsburgh region.

Just a few days prior to the conclusion of his internship, Nicholas and a few friends wanted to enjoy an evening out together. An occasion that was supposed to be a celebration of their friendship ended in unthinkable tragedy when a mass shooter attacked. Nicholas courageously gave his life by shielding two of his coworkers from open fire. They both survived as a powerful testament to how Nicholas was always willing to put others first.

Nicholas’ parents take great pride in the man he became calling him “a blessing to us and everyone he met.”

With this scholarship, Nicholas' family and friends hope to continue his legacy by helping other students from Washington School District who are pursing a career in the medical field.