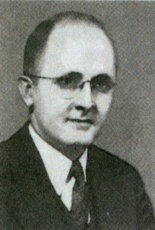 Ralph W. Young was born February 10, 1910 in his family home in Verona, Pennsylvania into a poor, but resourceful family: Mother Bertha; Father Charles, Brothers Paul (who died in infancy), Carl, Dale, Clyde, and Sister Edna.  At the tender age of nine, he walked miles in the summers to the former Westmoreland Country Club to find work as a caddy.  He took every 50 cent fee he earned home to his mother to help with family expenses.

As he grew in stature and club experience, he worked his way up to Caddy Master, serving not only the golfing members, but also the hungry and thirsty caddies at his own lunch stand. Because of his strong work ethic and enterprise, the club members awarded him a Caddy Scholarship which covered part of his tuition for his first two years as a Business Administration student at the University of Pittsburgh. He earned the rest of his expenses with help from his sister and brothers and by continuing to work at the Westmoreland and Oakmont Country Clubs. 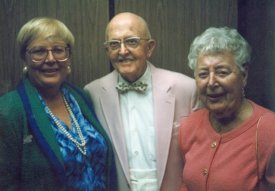 When he graduated from Pitt in 1931, his first job as an accountant was with a coal company in West Virginia.  In 1935, he married Sally Jaegle, whom he had known and dated since their high school days, and they became the proud parents of their only child, Sandra, in 1939.  Their family later grew to include two grandchildren and five delightful great-grandchildren.

Following his position with the coal company, Ralph began working with a Pittsburgh public accounting firm and earned his CPA certification in 1941. On September 1, 1945, he went into business for himself, and the "R. W. Young and Associates" was ready to prosper. At the very beginning, his dedicated wife Sally was his only associate, helping her husband as his office "everything". 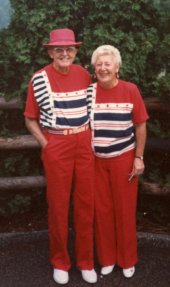 During his years of work, Ralph's reputation as an excellent accountant grew far and wide.  He did work for individuals, banks, corporations, and memorial cemeteries in downtown Pittsburgh and various surrounding communities.  He was a trusted financial advisor and confidant, and was also astute in making successful investments for himself and others.

On weekends, Ralph and Sally played golf together. Starting with their earliest rounds at Schenley Golf Course, they were always dressed alike. In 1952, Ralph, who was then a near scratch golfer, won the Dapper Dan Hole-In-One contest at Schenley, driving his ball less than an inch from the cup.  In 1977, Sally and Ralph bought a home in Clearwater, Florida and began playing at the Bellaire Country Club, and shortly before their 50th wedding anniversary, they joined Edgewood Country Club.

Ralph was a very private, quiet man who did wonderful, generous favors for many people, expecting nothing in return. Sally and he supported many charities, including the Katz School of Business at Pitt, where Ralph became a member of the president's Council of the Alumni Association in recognition of his gifts totaling $100,000. 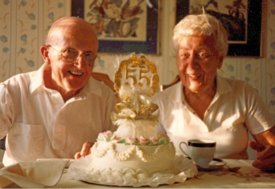 He was also generous to his family, helping with his grandchildren’s college education and providing first homes for his daughter and then for both grandchildren.  Ralph Young was quietly loving, wise, kind, and a truly gentle gentleman.

In time, Ralph's generosity has grown to include many strangers as well.  Remembering his background and wishing to be remembered as contributing to the achievements of the youth in various communities, he created the Ralph W. Young Family Foundation to support needy scholars who are accepted by public colleges and universities in their home states.