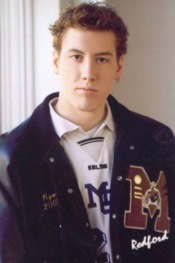 Initially, the scholarship fund was created by Vaughn and Cheryl Johnston with memorial contributions received following the tragic death of their son, Ryan.

Ryan, a junior at West Virginia University (WVU) majoring in mechanical engineering, was found stabbed to death on his porch on February 12, 2006. Another WVU student was ultimately convicted of involuntary manslaughter and served one year in prison. While a student at McGuffey, Ryan had been captain of the school’s soccer team.

Sadly, Vaughn succumbed to cancer early in 2011. Creating a perpetual bond between father and son, Vaughn’s name was added to Ryan’s scholarship fund. Vaughn was a respected member of the drilling industry and Part Owner/CEO of Washington Rotating Control Heads for 34 years.