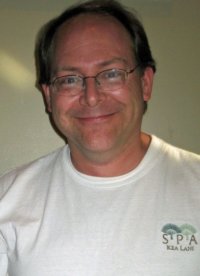 The Timothy Edward Hitchon Scholarship Fund was created in 2017 by family and friends to honor Tim’s memory.

Timothy Edward Hitchon was born on June 7, 1964 in Washington, PA, to Marjorie Christine Dobscha Hitchon and Lawrence Furnier Hitchon.  The youngest of three siblings, Tim was gentle by nature and born with a positive attitude and a smile that endeared people to him.

While attending Trinity High School, he was on the school’s tennis team for four years.  Between his junior and senior year of high school, Tim attended Cornell University for an English composition program.  He also attended summer courses at Cornell University in his youth and took classes at Slippery Rock University during the summers of 1978 and 1979.

After graduating from Trinity High School in 1982, he spent the 1982-1983 school year in Juarez, Mexico as an exchange student with the Rotary International Youth Exchange Program.  He completed photography courses at the University of Texas Austin in the summer of 1983 and the University of Southern California Santa Barbara in the summer of 1984, and attended Virginia Polytechnic Institute from 1983 through 1987.

Tim loved animals and nature, seeing the beauty in common, everyday events and in people. He had an artistic spirit that found expression in his passion for photography. Technically skilled, Tim put people at ease with his kind and genuine interest, allowing his portraits to capture the essence he recognized in his subjects.

Employed by Amazon for 18 years, Tim loved his work and rose to the position of Director, Operations, where he set high standards. Effective as a leader and well regarded by his coworkers, he contributed to others growth and was seen as a mentor and friend.