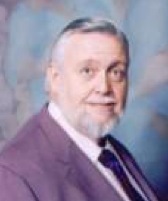 Walter (Walt) Christman considered himself fortunate that his grandparents, Clarence and Madeline Christman, were willing and able to take him in as a young child. They raised Walt in a loving and nurturing environment, and their kindness and compassion made a lasting impression on him.

After attending Washington High School, Walt studied for two years at Iona College in New York and served in the U.S. Navy for four years.

He founded Christman Trucking Corporation in 1961 and went on to establish several other businesses including Christman Air Freight, Christman Air System, and Christman Rubber Company. Additionally, Walt owned and operated Travel Concepts, a local travel agency, for a time.

He was a Founding Member of Air Freight Motor Carriers, Chairman of the local Red Cross, and an active member of the board of the Brownson House.

In his retirement, Walt wished to help others as he was helped, so he created the Walter L. Christman Family Fund in 2006. He annually considered the charitable causes to be supported from the fund until his passing in 2012.