The Washington County Community Foundation (WCCF) is pleased to announce the election of three new Trustees at its Annual Meeting, which was held this past June. The new Trustees include W. Taylor Frankovitch, Chad A. Griffith, and Harlan G. Shober Jr. 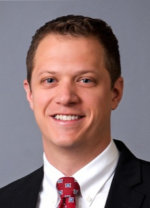 Taylor Frankovitch, an attorney with Bowles Rice, focuses his work in the areas of energy, commercial law, real estate and litigation. He is admitted to practice in Pennsylvania and West Virginia. He earned his undergraduate degree from Washington & Jefferson College, a Master of Laws degree from the Duke University School of Law, his law degree from the University of Pittsburgh School of Law, and his M.B.A. from the University of Pittsburgh, Katz Graduate School of Business. He is a member of the Bowles Rice Executive Committee and Recruiting Committee. Frankovitch is a member of the Leadership Development Class XXIII, and has served on the Washington Advisory Board for Junior Achievement and on the Community Impact Panel of the United Way of Washington County. He lives in Allegheny County with his wife and children. 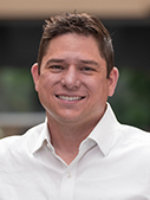 Chad A. Griffith has served as the Chief Operating Officer of CNX Resources since July 30, 2019. In this role, he is responsible for the daily management of the company's asset base and safe and effective execution of its operational plan. Previously, he served as Vice President, Commercial, Vice President of Marketing, Director of Marketing, and Director of Diversified Business Units. Griffith earned his undergraduate degree from Washington & Jefferson College, holds a bachelor’s degree in physics from Frostburg State University, a law degree from West Virginia University College of Law, and an M.B.A. from Carnegie Mellon University’s Tepper School of Business. He is a licensed attorney in Maryland and licensed, but inactive, in West Virginia. This is his first charity board appointment. Griffith and his wife live in Washington with their children, who attend the Trinity School District. 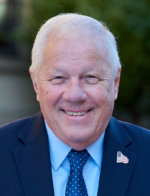 Harlan G. Shober Jr. is a former Washington County Commissioner, serving in this role from 2012 through 2019. Previously he was a manager at AT&T for 32 years, then owned a custom home building business, Shober Homes, for 14 years. He served as a Chartiers-Houston school director for 12 years and then as chairman of Chartiers Township board of supervisors for 16 years. He was president and board chair of the County Commissioners Association of Pennsylvania, president of Washington County Builders Association, president of Washington County Association of Township Officials, and chairman of the finance committee of Pennsylvania State Association of Township Supervisors. He also served on the boards of United Way, Blueprints, Washington County Mental Health Advisory and Washington Symphony Orchestra. A six-year veteran of the Pennsylvania Army National Guard, he is a member of Houston American Legion, Greater Canonsburg Lions Club, Canonsburg Elks Lodge, Chartiers Masonic Lodge and First United Presbyterian Church of Houston, where he is an elder. He and his wife Jacquelyn, live in Chartiers and have four grown children.

Individuals who have been elected to serve on the Board of Trustees are community leaders who have demonstrated an interest in public service, who are available to engage actively in the governance of the Foundation, and who subscribe to the Foundation’s charitable mission. The role of the Trustee is to serve in an oversight capacity, working within the committee structure of the Foundation. Trustees are elected to a term of three years, and may serve three consecutive terms, for a total of nine years.

For complete biographies on all of the Foundation’s Trustees, please visit www.wccf.net.