Community Foundation Issues Grants of More Than $230,000 to Public Libraries 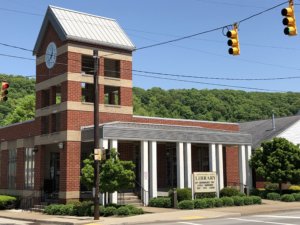 Monongahela Area Public Library received $24,500 which will be used to provide greater handicapped accessibility and upgrade its HVAC

Four libraries, Avella, Bentleyville, Charleroi and Heritage, will utilize a portion of their grants to purchase new mobile friendly websites with content management systems. To further assist these libraries, the WCCF will provide oversight and technical assistance to the development of these new websites and will also provide periodic workshops for the libraries to enable them to learn how to utilize the content management systems to keep the information on the websites current.

“We believe that with proper financial and technical support, our community libraries can become vibrant community centers,” said Betsie Trew, WCCF President & CEO. “Already, many of our libraries provide services beyond the traditional library services. We are confident that the new websites will help Avella, Bentleyville, Charleroi and Heritage to both improve their services as well as to help generate additional financial support from their local communities.”

The Foundation is also working with the California Public Library which provides its programming out of an historic 1910 train station. The California Public Library wishes to improve the former train station platform for outdoor programming, and plans to purchase a pergola and other outside furniture to complete the space. But first platform brick which is original to the facility needs to be repaired and re-laid to eliminate tripping hazards and to improve the aesthetics of the space. The Foundation anticipates that a grant for this project will be announced later this summer.

In the past three years, the WCCF has awarded more than $650,000 to local public libraries, with most grants awarded from the Community CARE Fund. With assets of more than $50 million, the WCCF is the largest publicly-supported grantmaking foundation in Washington County. For more information, please visit www.wccf.net.