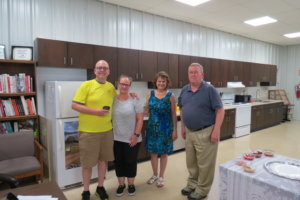 The grant was issued from the Foundation’s Dr. Malcolm Ruben and Dr. Jerold Ruben Charitable Fund. In addition to a love of medicine, brothers Malcolm Ruben and Jerold Ruben shared many things. Both were born in Washington and graduated from East Washington High School, and both loved watching sports. They could often be seen at many Washington High School sporting events. College and medical school separated the brothers for a while. Malcolm studied at both Harvard University and John Hopkins University, while Jerold studied at the University of Cincinnati Medical School. However, both served in the United States Navy before returning home to Washington to practice medicine. Malcolm was a urologist and Jerold was an internist; and both were considered to be exceptional doctors. After Malcolm suffered a heart attack and could no longer practice medicine, Jerold would visit his brother’s home daily. Although he was younger, Jerold predeceased his brother. Malcolm passed at the age of 83 in 2008. Jerold had never married and had no children. Malcolm had married twice, first to Ruth Wilson, with whom he had four children. To his second wife, Jane Parsons, he had one son, David Ruben. 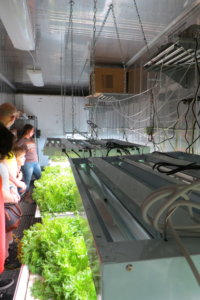 Fund advisors David and Lori Ruben, and their son Quinn, recently visited Food Helpers to see firsthand how the organization has been transformed since relocating to its current location about five years ago.

““During our family’s recent tour, we could not help but to be impressed by the work of Food Helpers,” remarked David Ruben. “While we were familiar with the activities of the food bank itself, we were not aware that this local organization also consists of training, thrifting, and farming divisions that are focused on addressing the root causes of hunger in effective and innovative ways. We appreciate the Community Foundation’s role in helping to connect us with an opportunity to contribute to these efforts. Our hope is that this $25,000 marketing grant from the Dr. Malcolm Ruben & Dr. Jerold Ruben Charitable Fund will help to generate greater awareness about the magnitude of Food Helpers’ impact here in Washington County. Its mission is squarely in the spirit of Malcolm and Jerry’s lifelong commitment to serving both their patients and the community.” 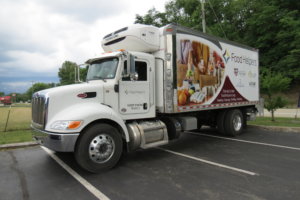