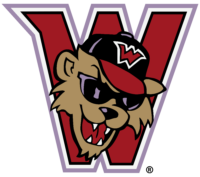 The Washington Wild Things, the only Minor League baseball team in western Pennsylvania, has donated use of one of the luxury suites at Wild Things Park to the WCCF for the entire 2020 regular season. In turn, the WCCF will coordinate use of the Charity Suite by local charitable groups. The donation includes 20 tickets and 10 parking passes per game for each of the 48 games of the regular season.

“This is our third year partnering with the Wild Things on the Charity Suite, and we always receive a tremendous response. Washington County organizations love their home team, and being able to cheer the Wild Things on from the Charity Suite is a real treat for clients, volunteers and employees,” said Betsie Trew, WCCF President & CEO. “We appreciate the Wild Things’ generosity for once again providing this opportunity, which unites members of the local charitable community to celebrate the work they are doing in Washington County and to have fun.”

Charitable groups interested in reserving the Wild Things Charity Suite for a game should contact the WCCF at 724-222-6330. Game dates will be reserved on a first-come, first-served basis.

“We look forward to continuing our successful partnership with the WCCF in the 2020 season,” said Tony Buccilli, Washington Wild Things President & General Manager. “The Washington Wild Things always enjoy welcoming local non-profits and their guests for an enjoyable night at the ballpark. Groups will have a chance to take photos with the Wild Thing mascot and take in an exciting game from some of the best seats in the house.”

About the Washington Wild Things

Founded in 2002, the Washington Wild Things are a professional baseball team in the Frontier League that plays at Wild Things Park in North Franklin Township. The team represents the East Division and has won six division championships. In 2018, the team won its first division championship since 2007 and came within two runs of winning the first Frontier League title in franchise history. Learn more by visiting washingtonwildthings.com

About the Washington County Community Foundation

This year marks the Community Foundation’s 25th anniversary. Its mission is to improve the quality of life in Washington County by promoting and facilitating philanthropy. The Foundation, the largest publicly supported grant-making foundation headquartered in Washington County, has awarded more than $16 million in grants since its inception. It was one of the first community foundations in the country to be approved for the National Standards for Community Foundations and was recently reaccredited for its continued commitment to philanthropic excellence. In addition to administering a broad grant-making program, the Foundation hosts an annual community-wide day of giving, WCCF Gives, which set a record for providing more than $1,000,000 in grants to local charities in 2019.