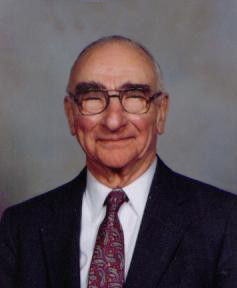 The Dr. Howard Jack Outstanding Public Educator Award was created by the Board of Trustees of the Washington County Community Foundation in 2008 to recognize a local public educator who has displayed the ability to inspire children from all backgrounds and abilities, who has earned the respect of colleagues, students and parents, and who is actively engaged in the community. The award is named in honor of Founding Trustee and Past Chairman of the Board, Dr. Howard Jack.

“Education was at the top of Dad’s list of priorities; not surprising that all three of his daughters became teachers! To honor him in this way is simply perfect,” said Carol Sisk, daughter of Dr. Howard Jack

Dr. Howard Jack, himself a life-long learner, dedicated his adult life to the field of education and his community. He began his professional teaching career at East Washington High School in 1947. Over the years he served as principal at both Hampton High School and Thomas Jefferson High School. In 1965 he became superintendent at Peters Township High School, a position he held until his retirement in 1983.

After receiving his Bachelor’s Degree in Education from Washington & Jefferson College, Dr. Jack served our country in the Army Air Force in World War II. He received both his master’s and doctoral degrees form the University of Pittsburgh.

In addition to being a Founding Trustee of the Washington County Community Foundation, Howard was also a Founding Director of the Economic Education Foundation. Other organizations in which Howard was actively involved include the United Way of Washington County, McMurray Rotary Club, Peters Township Chamber of Commerce, Peters Township Library, Washington City Mission, the Boy Scouts and the VITA program. He was also a member of the Chartiers Masonic Lodge and the Sons of the American Revolution. Howard was honored as the United Way “Clyde J. Tracanna Volunteer of the Year”, Rotary “Paul Harris Fellow”, and the Chamber of Commerce “Citizen of the Year.” He and his wife Mary Eleanor were faithful members of the Peters Creek Presbyterian Church.

“Do not train a child to learn by force or harshness; but direct them to it by what amuses their minds, so that you may be better able to discover with accuracy the peculiar bent of the genius of each.” – Plato